The shooting happened outside a liquor store in the 9000 block of Hayes and Chalmers around 11:25 p.m. last Wednesday night. Although the Kia was struck several times, the driver was not hurt.

DETROIT (FOX 2) - Surveillance cameras rolled during a parking lot shooting on Detroit’s east side. Watch as the suspect casually draws a pistol and opens fire—one of the women nearby darts to an SUV and another covers her ears.

Police say the suspect was relieving herself in the parking lot and thought someone was recording it. FOX 2 talked with a few witnesses who did not want to be identified.

"I was asking the cashier, I said it was a dude out here a minute ago shooting his gun. And he was like, 'That wasn’t a dude, that was a whole female - we got it all on camera."

The woman in the red shirt fired at least eight shots at a silver Kia Rio. And according to DPD, the shooter thought the 25-year-old woman behind the wheel recorded her urinating in the parking lot - something the driver denies.

"The suspect clearly has no regard for human life and she has to get off the streets as soon as possible," said 2nd Deputy Chief Rudy Harper.

The shooting happened outside a liquor store in the 9000 block of Hayes and Chalmers around 11:25 p.m. last Wednesday night. Although the Kia was struck several times, the driver was not hurt. 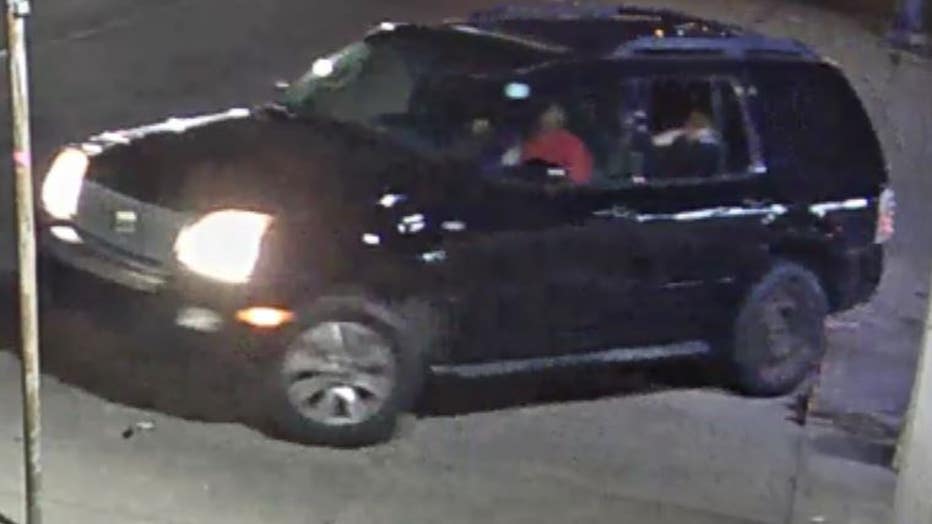 The suspect, along with a few others, sped off from the liquor store in a black SUV, likely a Mercury Mountaineer.

DPD wants the public to weigh in - someone, somewhere, knows who this woman is.

"It’s hard to watch, it’s hard to fathom that someone would do something like this," Harper said. "At this point, we’re asking the community for their help, if they know something please speak up." 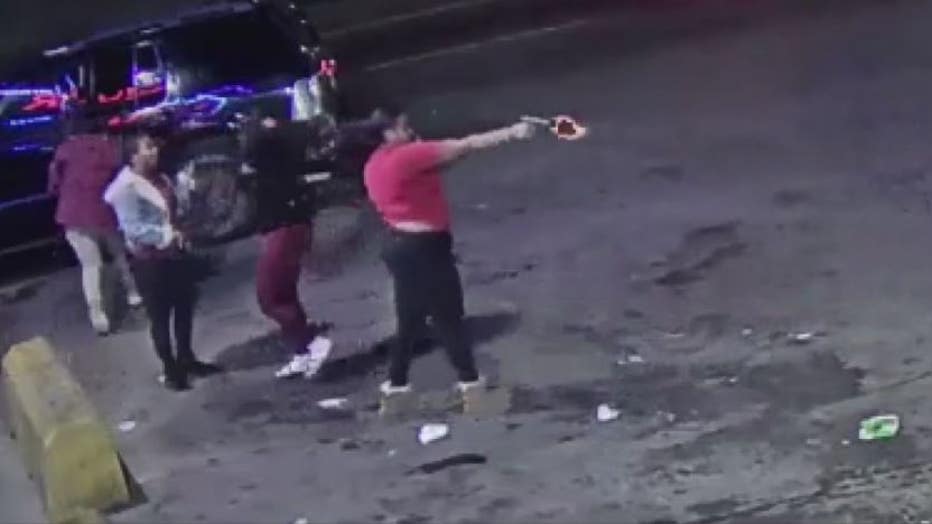