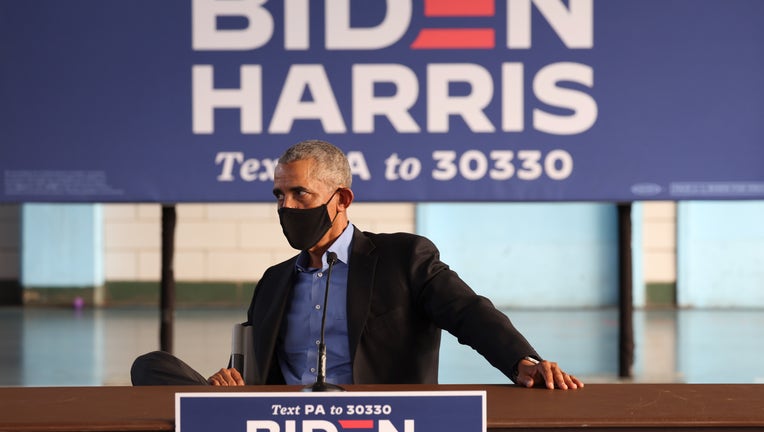 (FOX 2) - Former president Barack Obama will be joining Joe Biden in Michigan this weekend at a campaign event just days before the election.

The visit from Obama and Biden will happen on Saturday, October 31.

Details about the location and time of the event have not yet been released. The two are set to talk about "bringing Americans together to address the crises facing the country and win the battle for the soul of the nation."

President Donald Trump is also heading to Michigan for another visit ahead of the election.

Trump was in Lansing on Tuesday and will be in Waterford on Friday, October 30 to deliver remarks at a Make America Great Again Victory Rally. You can get tickets and details for that event here.