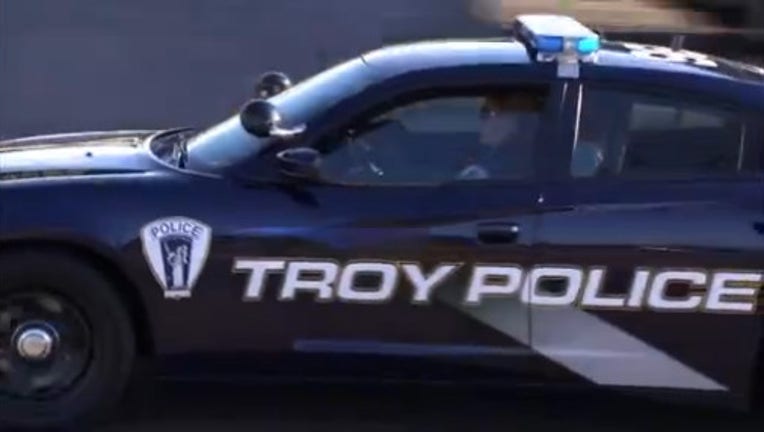 TROY, Mich. (FOX 2) - A 22-year-old was taken into custody Saturday morning after an almost 9-hour standoff with Troy police. Livernois Road was closed between Big Beaver and Maple during the incident.

The Troy Police Department received a call Friday at 11:43 p.m. from a woman who said she'd fled from her home after her son fired gunshots outside. No one else was in the house besides her and her son, police said.

Troy police arrived at the home on Starr Drive and immediately gave the mom shelter. A perimeter was then set up around the home.

The department's crisis negotiation team was able to talk with the barricaded suspect over the phone. Police said he was agitated and unwilling to speak with officers.

Officers continued to hear gunfire from the home while on the scene. Neighbors were advised to take shelter in place.

The Troy Police Tactical Support Team and more members of the Crisis Negotiation Team were called to the scene. As the incident progressed, additional tactical resources responded from the Oakland County Sheriff's Office.

Ambulance crews were standing by on the scene.

After negotiations failed to progress overnight, the Oakland County Sheriff's Office deployed a robot to search the interior of the home, said police.

The 22-year-old was found hiding in the backseat of a parked car in the home's backyard. He was arrested at 8:35 a.m.; almost 9 hours after the initial 911 call was made.

No injuries were reported according to police.

"The Troy Police Department would like to express our gratitude to the Oakland County Sheriff’s Office, Alliance Mobile Health units, and each Troy PD officer on scene along with our Communications Staff for their help in bringing this incident to a peaceful conclusion."