DETROIT (FOX 2) - A police situation with a barricaded gunman is entering its third day Thursday on Detroit's east side, with Detroit police planning to make entry to check on the suspect's well being some time Thursday afternoon.

The barricade started Tuesday around 10 a.m. in a home in the 19000 block of Pelkey, near Seven Mile.

A barricaded gunman situation that started Tuesday around 10 a.m. continued overnight and is still going on right now. FOX 2's Charlie Langton is at the scene.

It all started when police say the 45-year-old suspect fired shots multiple times toward his neighbor's house. No one was hurt.

Cmdr. Darin Szilagy says the suspect first fired shots Tuesday around 2 a.m. and police came to the home but couldn't find the suspect. When they came back again for another report of shots fired later that morning, the barricaded situation began.

Police believe the man is alone and say he has a history with mental illness. They say he's equipped with firearms and other equipment. 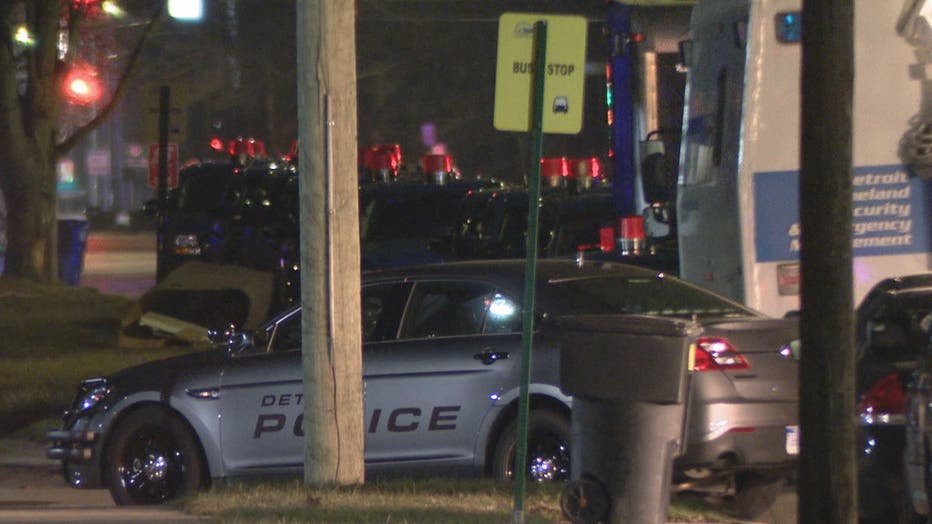 Those living nearby have been ordered to stay inside their homes but can get a police escort if and when they need to leave.

The area of east Seven Mile and Schoenherr is closed to traffic. Drivers are urged to avoid the area.

As of 11:30 a.m., police chief James Craig said they've lost contact with the suspect and are planning to make entry to check on his well being.