DETROIT (FOX 2) - Authorities are planning to make entry into a home where an armed man has been barricaded for three days now on Detroit's east side.

Detroit police chief James Craig said negotiators haven't heard from or seen the suspect since 9 p.m. Wednesday so they plan to make entry to check on his wellbeing.

The standoff started Tuesday around 9:30 a.m. when officers went to the house in the 19000 block of Pelke after the suspect fired gunshots at neighbors. No one was hurt.

Since then, Craig said despite several efforts the suspect has not surrendered. They've deployed robots, chemicals, a stream of water and even a recording from loved ones. Power and gas were also cut, and Craig said they also punched a hole into one side of the house to get better drone access. 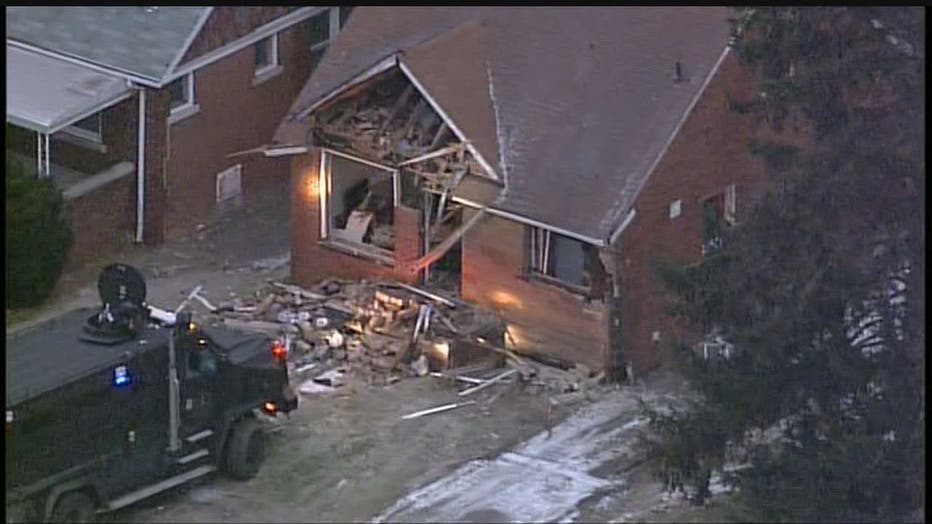 Craig says the 45-year-old suspect has a history with mental illness and may be off his medication. This is also near the anniversary of his mother's death and Craig believes that is a factor in his behavior.

Neighbors characterized the suspect as a survivalist and Craig believes he was prepared for a long standoff. Craig said the suspect alerted authorities that whoever came into the home first was "going to get it."

Around 9 p.m. Wednesday, the team on scene heard a single gunshot. That is also the last time authorities saw or heard any movement.

Craig says this afternoon they will send in another drone to try and detect movement. If none is detected they will slowly send in a crew to check on the suspect's well being.

Traffic in the area of 7 Mile and Schoenherr has been impacted during the standoff.