Beaumont gives ultimatum for its unvaccinated workers: meet shot requirements or employment will be terminated

Beaumont Health, Michigan's largest hospital chain says 370 of its workers have been suspended for not having gotten the COVID-19 vaccine. If those workers don't get inoculated by Nov. 16, "their employment will be terminated," the hospital says.

ROYAL OAK, Mich. - With the suspension of hundreds of its workers, Beaumont Health has passed along an ultimatum to its unvaccinated employees: get inoculated or face job termination.

On Thursday, Michigan's largest hospital chain announced 370 workers - about 1% of its staff - were suspended from the job until they met the hospital's vaccine requirements. On Friday, the hospital confirmed that 70 of its employees had chosen to resign instead of getting the vaccine.

Vaccine mandates that were announced over the summer are starting to go into effect. Some 400 workers employed at Henry Ford Health already quit the chain over refusing the vaccine earlier this October.

A federal mandate from President Joe Biden announced in September ordered most health care facilities with Medicare or Medicaid funding to vaccinate their employees. That sweeping executive order also pertained to businesses with 100 employees, requiring workers to get immunized or face weekly testing.

The standards are more rigorous with hospitals, however, due to their proximity to the virus as well as people with compromised immune systems.

"Almost all the deaths from Covid now are in the unvaccinated. These are tragedies that we can avoid with vaccination," said Dr. Matthew Sims.

Beaumont announced its vaccine rule in July, telling workers they'll need to get the shot or they'll be off the job. Since then, doctors from the hospital have hit the airwaves imploring people to roll up their sleeves.

"The more virus present in the community, the more chance of a mutant virus to evolve as we are seeing with the Delta," said Beaumont Pediatrician Dr. Sandhya Patel.

The Delta wave has largely subsided in the U.S., following an uptick in cases in the country, with hot spots forming in the Southeast states. But more variants could be on the horizon with the potential to evade the protections guaranteed by the COVID-19 vaccines approved by the FDA.

"I think the potential exists for a huge disaster and what do you want to call it - surge 4, surge 5 - I've lost count," said Dr. Joel Fishbain, the medical director for infection prevention.

Fishbain gave that warning only days after Beaumont's announcement for its 33,000-sized workforce. 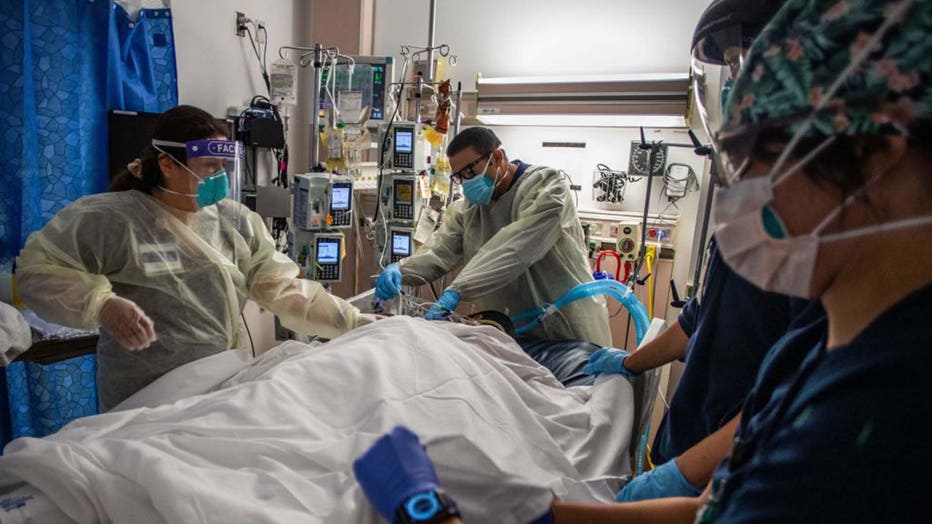 "I'm concerned that the next variant might escape previous immunity and might escape vaccination," he said. "That's why we have to vaccinate everybody as quickly as we can (and) try to prevent any transmission."

In a statement, Beaumont said:

"We hope that the 370 employees will choose to get vaccinated and return to work soon. If they choose not to meet our vaccine requirements by Nov. 16 their employment will be terminated."

To date, about 53% of eligible Michigan residents have gotten both shots of the 2-shot vaccine series.