Chester Harris received a new set of wheels thanks to the Detroit Rescue Mission Ministries.

DETROIT (FOX 2) - From hard times - to good times. Chester Harris was gifted a new car by Detroit Rescue Mission Ministries on Wednesday, after learning he was walking 10 miles a day to work.

"When you don't expect this you're pulled out of the trenches and now you're sitting on solid ground," he said.

The nonprofit, known for providing assistance to deserving people, heard about Harris from a FOX 2 news story. Harris shared his story of coming back from homelessness and sleeping at a bus stop, to getting an apartment in Taylor and becoming a popular security guard at Kroger in Lincoln Park.

Known for his work ethic and friendliness, Harris' co-workers say he never complains, and just gets the job done - always smiling.

"We saw the story and liked his attitude, we're very proud of his dedication," said Chad Audi. "And we wanted to eliminate one obstacle for him to be totally independent and get him back on his feet.

FOX 2 cameras were rolling when Harris took ownership of this Dodge Neon.

"I'll be able to get to work quicker than I normally would," he said.

And - he will be able to get home from his late-night shift faster, without having to walk five miles back.

"I will be able to get home at a good time and get some sleep," Chester said.

There's also some much-needed errands he can run in his car.

Harris believes his story is a testimony about how an act of kindness can transform a life.

"I appreciate it more than you can think, to the bottom of my heart," Harris said. 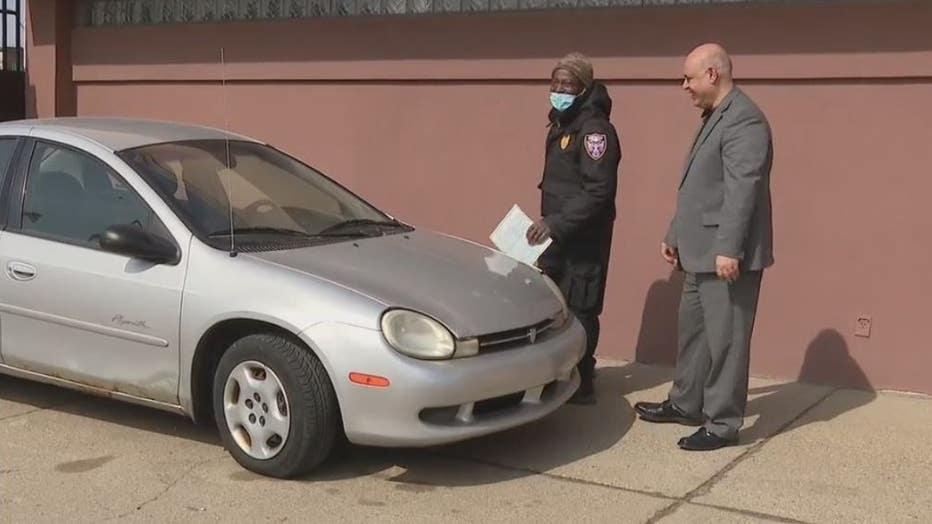