ATLANTA - Georgia Democrat Jon Ossoff has won his Senate runoff election, according to a projection from the Associated Press.

Ossoff’s victory makes him the youngest U.S. senator and gives Democrats control the Senate for the opening of Democrat Joe Biden’s presidency when he is inaugurated on Jan. 20.

Ossoff, 33, defeated 71-year-old Republican David Perdue, who held the seat for the past six years and had the strong support of outgoing President Donald Trump. 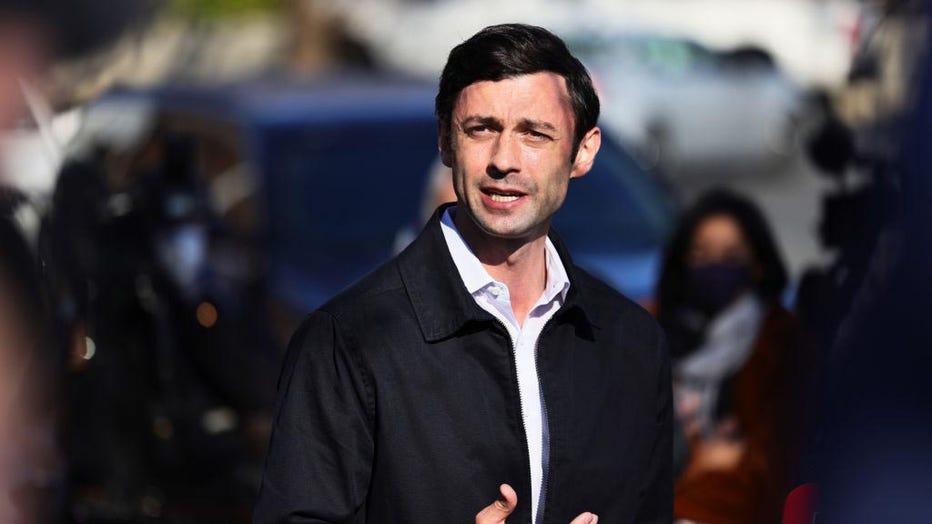 Warnock, who defeated Republican incumbent Kelly Loeffler according to a projection by the Associated Press, will become the first Black senator in his state’s history.

The Associated Press declared Warnock the winner after an analysis of outstanding votes showed there was no way for Loeffler to catch up to his lead. Warnock’s edge is likely to grow as more ballots are counted, many of which were in Democratic-leaning areas.

Warnock was leading Loeffler by more than 50,00 votes with 99% of precincts reporting. FOX News also called the race for Warnock.

In an emotional address early Wednesday, he vowed to work for all Georgians whether they voted for him or not, citing his personal experience with the American dream. His mother, he said, used to pick "somebody else’s cotton" as a teenager.

Loeffler refused to concede in a brief message to supporters shortly after midnight on Tuesday.

"We’ve got some work to do here. This is a game of inches. We’re going to win this election," insisted Loeffler, a 50-year-old former businesswoman who was appointed to the Senate less than a year ago by the state’s governor.

Under Georgia law, a trailing candidate may request a recount when the margin of an election is less than or equal to 0.5 percentage points.