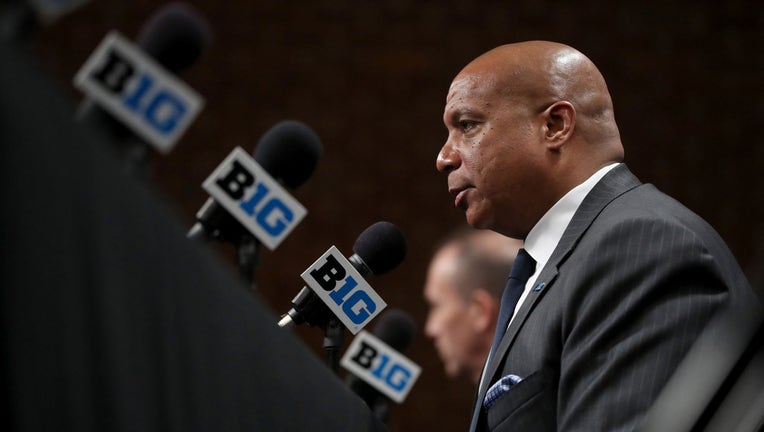 (FOX 2) - The Big Ten has announced the postponement of the 2020-21 fall sports season, including all regular-season contests and Big Ten Championships and Tournaments, due to ongoing health and safety concerns related to the COVID-19 pandemic.

Big Ten Commissioner Kevin Warren said in a statement in the news release: "As time progressed and after hours of discussion with our Big Ten Task Force for Emerging Infectious Diseases and the Big Ten Sports Medicine Committee, it became abundantly clear that there was too much uncertainty regarding potential medical risks to allow our student-athletes to compete this fall."

Despite a modified schedule, months of preparations and ample testing, not even college football in the Midwest could overcome COVID-19.

Speculation over whether the Big Ten opted out of the fall 2020 season began to grow over the weekend. Then on Monday, multiple news sources reported that presidents in the conference had decided against holding a season.

First reported by Dan Patrick, a radio sportscaster, who announced Monday morning that by a 12-2 vote, college presidents in the Big 10 had opted out of a 2020 season.

While several other Power Five conferences have waded into the decision, none had made a final announcement. The Mid-American Conference, which includes Central Michigan, Eastern Michigan, and Western Michigan, canceled their season earlier this summer.

Michigan Head Coach Jim Harbaugh released a statement shortly after the speculation had streaked across the Internet, advocating for the season to go on. Using "facts accumulated over the last eight weeks" showing a low infection rate among players and staff in the department, he said it's possible to have a season even amid the pandemic.

Michigan State wasn't so lucky. Most of the team was forced to quarantine after players and staff tested positive for the virus earlier in the summer.

Both teams had already introduced abridged schedules that left more weekends open to play in the event games were canceled.