Hamtamck spa owner says she is being discriminated against by city

A Hamtramck spa is being pressured from the city to shut down due to not having a zoning clearance. But the owner believes she is being targeted because she is Black.

FOX 2 - A Hamtramck spa is being pressured from the city to shut down due to not having a zoning clearance. But the owner believes she is being targeted because she is Black.

"I was discriminated against by some members of the board," said Tiara Boyd, owner of Esthi Queen Healing Spa.

The city of Hamtramck says Boyd's business was zoned for residential use - and she needed a variance from the zoning board.

"I'm not Muslim, I'm not Arab, I'm not Yemen. I'm just a Black woman here to help other people, that's it," she said. "And for anybody to say 'what type of people she's going to bring,' that was more than enough as far as (talking about) race."

A spa was not on a list of acceptable businesses within a residential area, according to the city. Boyd had to go before the zoning board of appeals.

The mayor of Hamtramck coming to Boyd's defense.

FOX 2: "Is that a legitimate reason to deny a variance because it's not on the list?" 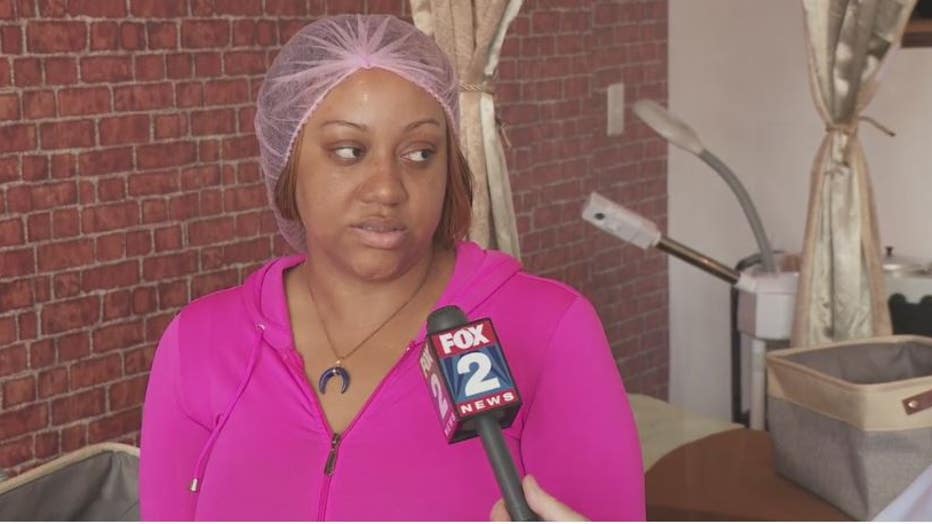 "I don't believe it is," said Mayor Karen Majewski. "Some of the language I heard both from the public and from the ZBA members took me aback and really disturbed me."

"That to me indicates it could be racial," she said.

"I have no problem with the spa," Nasr Hussain, a member of the zoning board said. "The mayor and council could easily in one or two meetings, change the ordinance to allow a spa in a residential neighborhood."

Nasr's position is that Boyd should be denied because there's no hardship.

FOX 2: "The mayor says the comments were racist?"

"I never mentioned what type of people are going there, go back to the meeting," he said. "Maybe some other people said it, but not me."

FOX 2: "Do you think race played any role in this decision?"

"I do," Boyd said. "Seeing that I am the only Black woman-owned spa here."

Boyd has options. She plans on an appeal as well as a protest next Tuesday in front of Hamtramck City Hall.