Detroit artist Shirley Woodson said the city has had a large influence on her work. She currently has an exhibit at the DIA that you can see through June.

DETROIT (FOX 2) - The city of Detroit has had a big influence on artist Shirley Woodson.

The 85-year-old figurative painter, arts educator, and advocate of African American artists has a solo exhibit on display right now at the Detroit Institute of Arts. 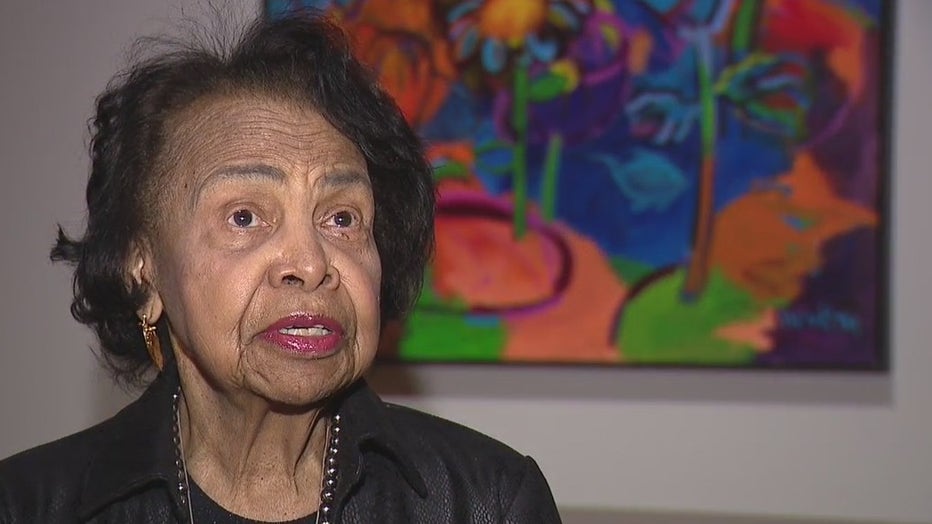 "Shirley Woodson: Shield of the Nile Reflection" showcases 11 of her paintings. The series of paintings, which began in 1984, shows Black bathers in rivers, a reference to the myth that the Nile River holds transformative and nurturing benefits for people of African descent.

The exhibit will be open through June.

Hear about Woodson's art and how Detroit has inspired her in the video above.