DETROIT (FOX 2) - The city of Detroit's demolition program has earned both high praise and fierce criticism.

The criticism is not just from investigators but from residents who say the city has not done enough to tackle blight in their neighborhoods. But now people in one of those communities is singing a different tune.

"I've been waiting - three years patiently - and it's all happening now in a very miraculous way. I'm glad to see it," said Julius.

He says his neighborhood, just east of the state fairgrounds, has gotten a whole lot safer thanks to the recent demolition of dozens of blighted, abandoned houses.

"I've seen them come up and down the neighborhood, about four to five officers with a dog and they went from house to house in the beginning," he said.

Police say they drove the district, walked the area identifying problem spots. Lots of them were due to blight.

"We had narcotics sales, prostitution and we had fatal and non-fatal shootings," said Cmdr. Deshaune Sims, DPD 12th Precinct.

"DPD was telling me they're going in the same house over and over again on drug raids," said Brian Farkas with the Detroit Building Authority. "Working with police we're able to say - okay this area has this x amount of blight and crime, those are the areas we want to focus on. Fighting crime through demolition."

A lot of demolition - more than this area has ever seen.

Farkas says the city hopes to expand to other areas of the city - with the help of a $250 million bond they are hoping will pass.

"The quarter-billion-dollar bond program is definitely significant to our efforts," Farkas said.

As for fighting crime through demolition, the numbers aren't in yet but these neighbors say they already feel safer.

"The first time I see that project from the city of Detroit, they clean up," said Romel Georgis. "We are happy, our neighbors are happy and it is much safer for us."

"They thought the city had forgotten about them so they are excited to see what is going to happen after," said Sims. 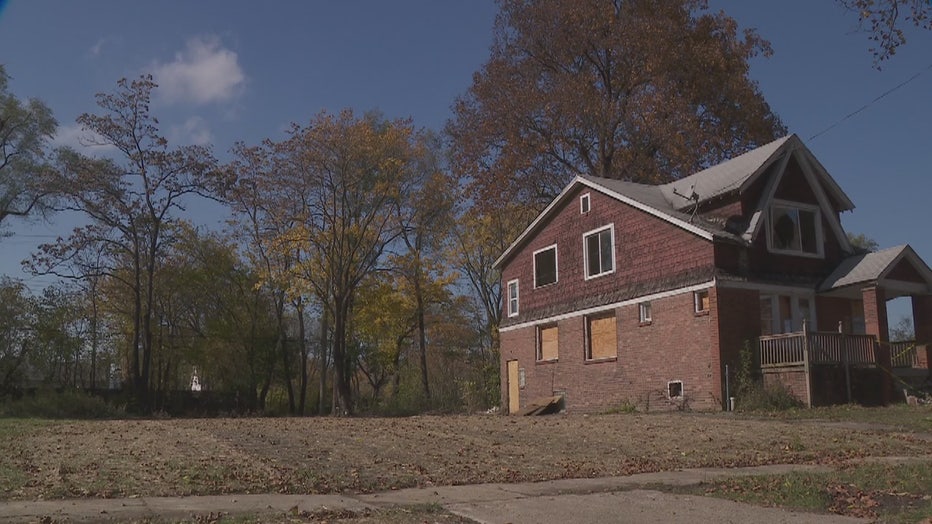