A film seven years in the making, "Boblo Boats: A Detroit Ferry Tale" is now in theatres, showing a history of Boblo Island, as well the restoration of the boats.

"For people who don't know, Boblo was an island amusement park that used to take one of two giant steamboats - to get to the park," Aaron Schillinger said.

Schillinger directed and financed the film seven years in the making

"In the movie, you'll see a lot of fun, happy, memories and you'll see the people who are working to save the two Boblo boats," he said. 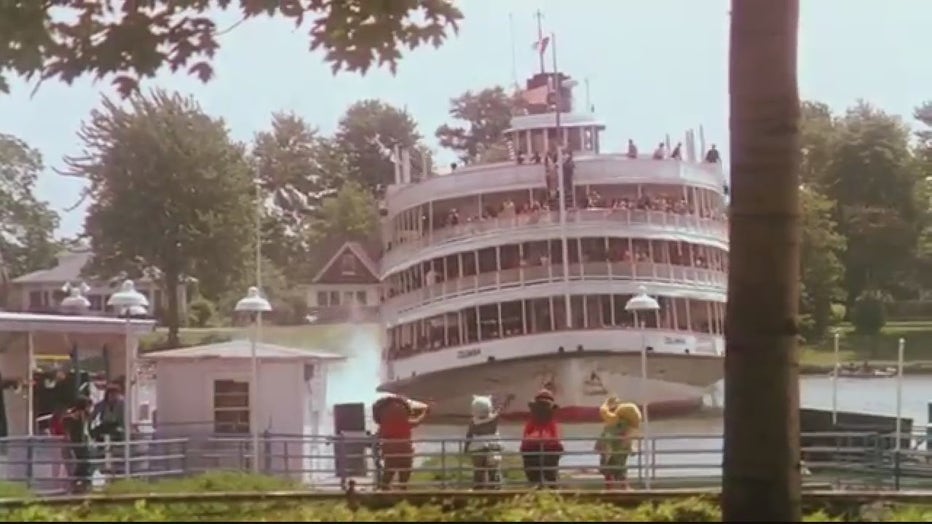 The SS Columbia, currently docked in Buffalo, N.Y. and the SS Ste Claire, undergoing preservation efforts right here in Detroit despite serious setbacks, such as a fire.

"We got an immense amount of work done. We added two floors to the superstructure," Faraj said. "There is a light at the end of the tunnel. We want to get it to the point where we can have the public on the boat as early as next year."

Once fully restored, the Ste Claire will be a destination for weddings and parties, and more. They're hoping to have maybe an amusement park atmosphere surrounding the boat, just like Boblo.

"We wrote the film from the perspective of Columbia herself,  so it's like an old ferry boat telling her ferry tale about Detroit," said

This includes very important civil right history about Boblo, and the successful efforts of a black Detroiter, Sarah Elizabeth Ray, to integrate the boats.

"A lot of people might now know the park used to be segregated, and it took one woman's activism in order to change that," said

For narrator Reeves, the story is personal.

"It's so much information and so much history, of Detroit and race relations and the actual rehabilitation of the boats," Reeves said. "We performed on the Boblo Island...You know, you perform on the boat and when you get to the island you perform again and when you get back on and ride back. It was just fun."

The film premieres Thursday night at Emagine in Royal Oak. Two shows have sold out, so extra shows have been added.

The film is also in other theatres. Get tickets here.