DETROIT (FOX 2) - One woman said it has been weeks since anyone has seen the man who lives next door. But how he and another person inside died remains a mystery.

Police say officers arrived around 10:45 and spent hours on the scene and determined there were no signs of foul play at this time, and are awaiting an autopsy for more information on who these two men are, and what they died of.

One woman said it has been weeks since anyone has seen the man who lives next door. But how he and another person inside that were killed remains a mystery.

Stacie Mohammed says she and her neighbor looked out for one another.

"Casually, talking over the fence, like neighbors do," she said. "The flood came and he asked if he could help. That’s what neighbors do."

That flood, back in early July, was the last time she saw that man.

Neighbors said it was rare to see the unkempt lawn at the house on Berden Street close to St. John’s Hospital on Moross in Detroit. It was another clue something was wrong.

At about 10 a.m. Monday, Mohammed found out how wrong, when her neighbor’s business associate came over.

"He knocked on the door and said I got two dead bodies over here can you hold onto the dog until I figure out what is going on? I said wow, sure," she said.

Neighbors say there was another man who lived with him, but we won't know for sure until positive identification is made by the medical examiner.

She said the dog, Snowball, was in rough shape.

"She was very thirsty, she was panting a lot, she was really shaky, maybe she hadn't eaten, I don’t know," she said. "I gave her lots of water and now she is chilling with my other two dogs."

The man who made the initial discovery also shared something else - the two bodies were in the house were apparently there for some time. 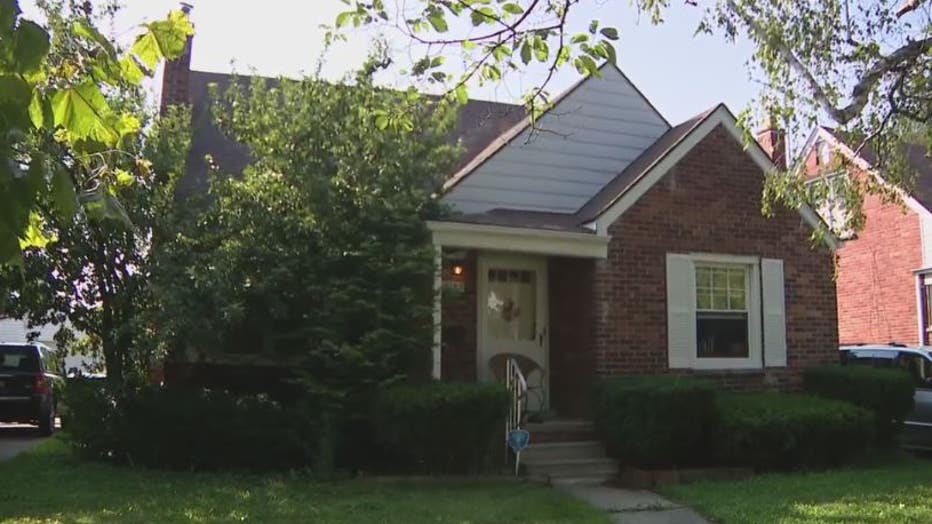 "One body was laying kind of into the kitchen, the other one in the hallway," she said. "He wasn’t sure, because they were badly decomposed, who it was."

The dog Snowball will be in Stacie’s care for the time being but she’s hoping an ex of her neighbor is watching right now and will give Snowball a forever home.