The investigation into the shooting is underway by the Michigan State Police which happened April 25th. And while you’ll see various angles of body camera footage and Meijer surveillance video - police said Thursday that’s not everything there is to see.

EAST LANSING, Mich. (FOX 2) - Disturbing body camera footage has been released from another police shooting, this time in East Lansing. The suspect will recover while his family is demanding justice. The images in the video may be disturbing to some viewers.

The investigation into the shooting is underway by the Michigan State Police which happened April 25th. And while you’ll see various angles of body camera footage and Meijer surveillance video - police said Thursday that’s not everything there is to see.

Only two police officers are on paid administrative leave after the shooting. Police were dispatched at 6:36 pm that night on a weapons call.

Video shows the moment an East Lansing police officer opened fire on 20-year-old DeAnthony VanAtten as he ran from police in a Meijer parking lot.  You can hear Van Atten wailing in pain in the video.

About six shots ring out in the video as VanAtten drops to the ground. The officer can be heard saying "Get on the (expletive) ground."

The call began as responding police officers moved through the Meijer where they’d gotten a call that a man with a face mask pulled a gun out of his vehicle and walked in the store.

The dispatcher made it clear VanAtten was not threatening anyone with a weapon. The officer who can be heard saying Van Atten had a gun and was now asking: "Let me see your (expletive) hands, where's the gun?"

"Stop touching my wound," VanAtten can be heard saying. "You shot me two times."

After Van Atten is in handcuffs, police turn him from side to side - and check his pockets.

Then they start rendering aid.

The East Lansing Police Department wouldn’t say Thursday if VanAtten had a gun or not when he was shot, but the video shows police had to search for a pistol. They also couldn’t say if both officers now placed on paid leave, fired their guns.

Officer: "Do you know where that pistol is at?"

A woman in yellow near a silver Equinox carries a baby and screams.

Police would eventually find a pistol under a vehicle.

Officer: "The pistol is underneath there. Watch for spent casings." 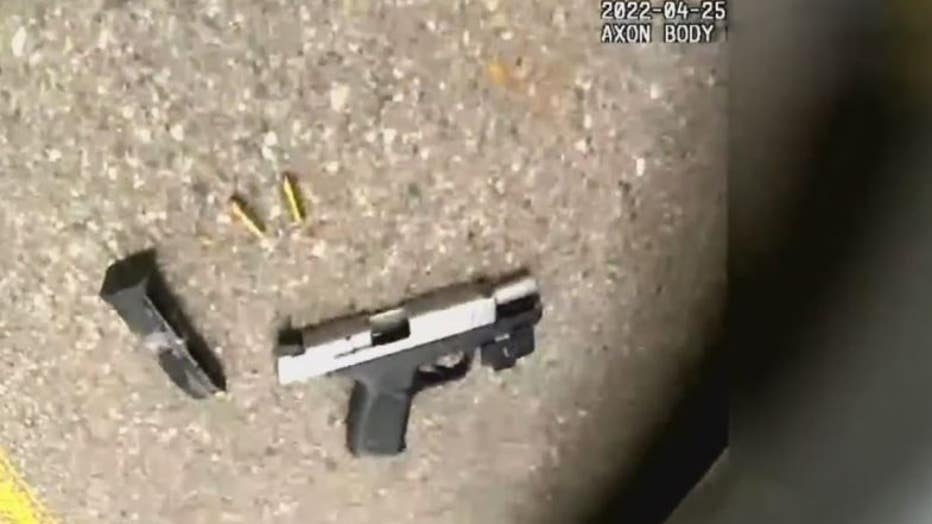 Van Atten’s family says the police were wrong to shoot him.

But an attorney for one of the officers, says their actions were justified.

"The officers acted reasonably and appropriately," said Mike Nichols, the police officer's attorney. "They addressed an immediate threat not only to themselves but to the public."

East Lansing police say VanAtten has been released from the Ingham County Jail. State police will turn over to their findings to the attorney general’s office.

The East Lansing Police Department has also promised it will conduct an internal review of their policies and make clear no one in the video has been charged with a crime. 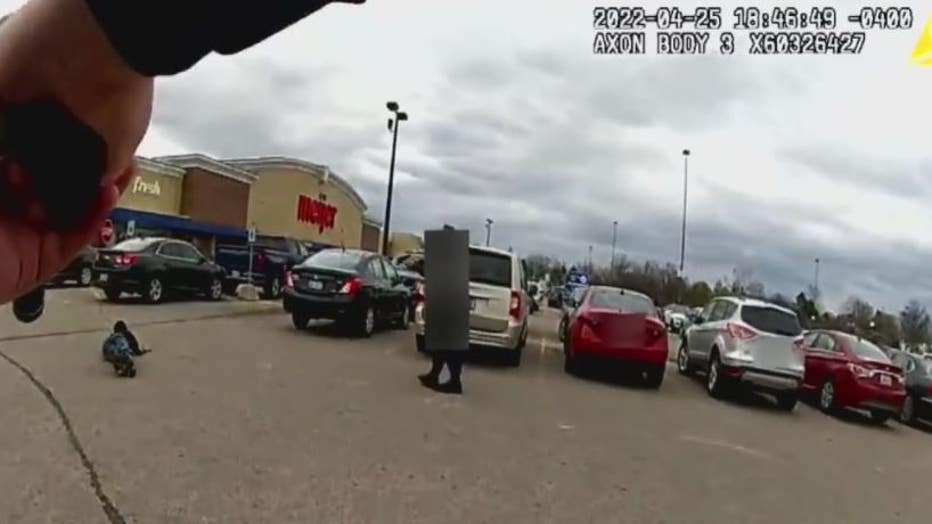