WYANDOTTE, Mich. (FOX 2) - Intense bodycam footage shows a Wyandotte police officer being dragged and thrown by a suspect's vehicle. Thankfully that officer is expected to be okay.

Officers were investigating a vehicle and its driver in the 500 block of Chestnut on Tuesday afternoon. Deputy Chief Archie Hamilton says officers tried to arrest the wanted felon, who wears a tether and was just caught allegedly delivering a huge amount of crack cocaine to an undercover officer.

Intense bodycam footage shows a Wyandotte police officer being dragged and thrown by a suspect's vehicle. Thankfully that officer is expected to be okay.

"It is something out of a movie very dangerous," Hamilton said. "Immediately the suspect put the car in reverse slammed into our patrol vehicle. The vehicle was then stuck in park, and he began revving the engine to imply he was giving it gas trying to escape."

FOX 2 was told the officer saw what was happening and in a heroic act opened the car door to stop the suspect from driving off. When the driver took off, the officer was caught between the frame and the door and dragged 20 feet before he is violently thrown from the vehicle.

The suspect still doesn't stop. he takes off through the parking lot and down Oak Street with speeds up to 100 miles an hour. Police pursued him.

The suspect rolled his Charger several times and slammed into a house. Somehow he escaped his car uninjured and started running. The officer chases him on foot for about half a block

Officer on video: "Stop, stop. Now you are going to get tazed." 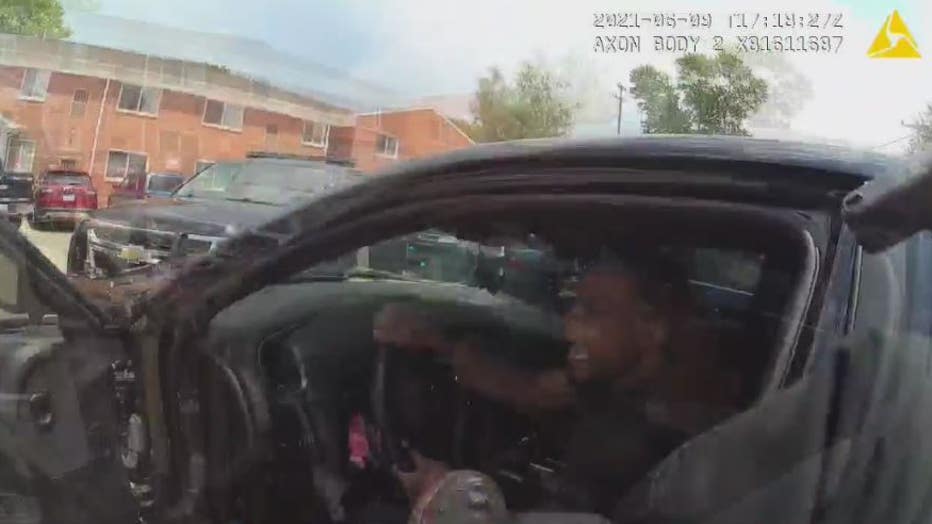 He did not and the officer tazed the suspect, stopping him in his tracks. He's handcuffed and taken into custody.The officer thrown from the vehicle was injured and hospitalized but has now been released and is expected to recover.

Hamilton says a crowd gathered cheering for the officers who, as the body video shows, put their lives on the line to protect their residents. 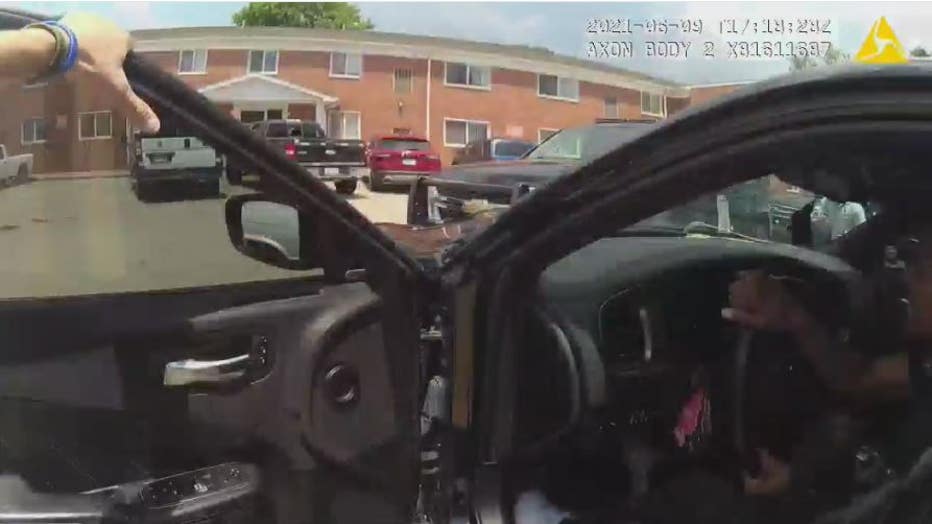 He commends his officers, but says something more needs to be done to stop these habitual offenders who continue to flee from police.

"Our laws need to catch up," he said. "Because there are no consequences right now. These people are running from police at high speeds, endangering everyone on the roadway, because they know they are not going to prison for it - and that needs to stop."