WESTLAND, Mich. (FOX 2) - The owner of Vision Lanes in Westland said that getting the green light to reopen his business could not come soon enough

Steve Klein and his family were up first to roll their bowling balls when his doors re-opened, after state pandemic restrictions were partially lifted.

With entertainment venues back open, owners feel some hope

The owner of Vision Lanes in Westland said that getting the green light to reopen his business could not come soon enough.

His patrons were also excited to get back in the game.

"We had a line at the door and at midnight, they were able to bowl and they were excited," Klein said.

The reopening comes as state officials allow casinos, movie theaters and bowling alleys to reopen their doors starting December 21st after the State lifted some of its COVID-19 restrictions from a second shutdown. The last order was put in place on November 15th.

"The concern is will they come in," he said. "We don't know about the cash flow revenue. I haven't paid my mortgage for this month, yet."

Monday's reopening has not allowed the pressure to roll away for this small business owner who Fox 2 caught up with after he posted an obituary to his dying business.

"I cried the whole time I was writing it," Klein said. "And to see (the bowling center) dying slowly, and me not being able to do anything about it, being her dad, it just crushes me," Klein said. 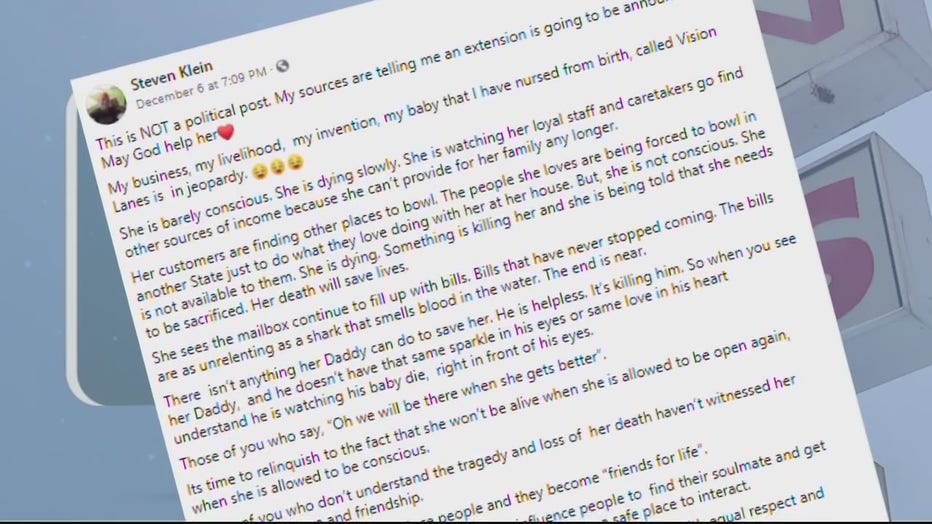 The emotional obituary led concerned patrons to set up a GoFundMe page.

But even as his business gets back open, there are still stipulations like no concession stands for now for entertainment venues.

"If they want something to eat they can order it, and take it outside and eat it," Klein said.

But Klein is still hopeful that love for this game is enough to get more and more patrons back to his bowling alley.

"Michigan is the bowling capital of the world," he said.

Now that the doors have reopened, Klein has another perspective on the bowling alley's obituary.

"Maybe I'll write another one updating the status of (my) baby's health. But I do see hope," he said. 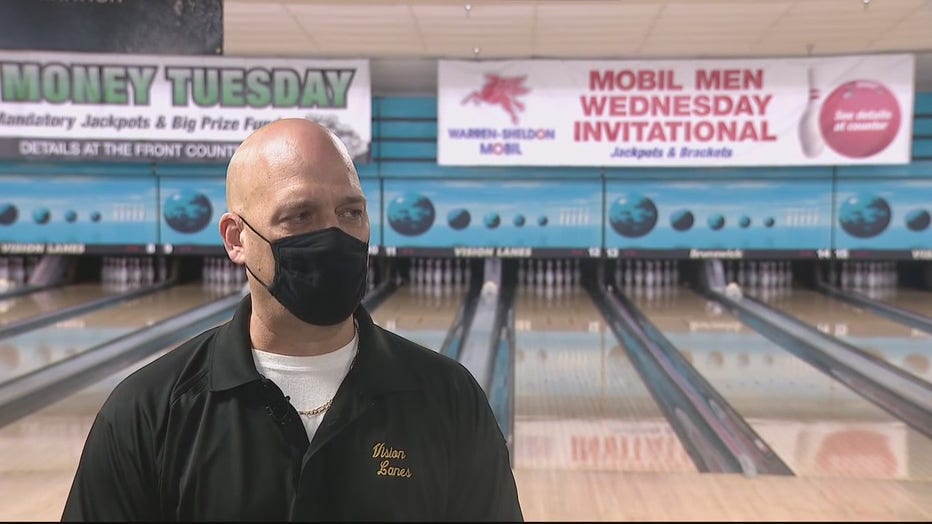