DETROIT (FOX 2) - Deacon Ashmore will likely be on crutches for weeks after a vicious dog attack sent him to the hospital Monday.

It happened outside his house on the 4000 block of Taylor Street in Detroit as he, his three siblings and a few neighborhood kids were playing.

Boy gets attacked by dog while saving his siblings

It happened outside his house on the 4000 block of Taylor Street in Detroit as he, his three siblings and a few neighborhood kids were playing.

"Then next thing I knew, I saw these dogs come out of nowhere and they like bit my leg," said Deacon.

Deacon got in-between the dog and the other kids. They got away, but the dog got a piece of him.

"They got me back behind my leg," he said.

"Deacon came hobbling in, and there were chunks of skin falling off and there was blood everywhere," said his mom, Elisabeth Ashmore.

Deacon, whose parents adopted him from Ethiopia when he was a baby, is expected to make a full recovery.

But his injuries were severe enough to require surgery at Detroit Children’s Hospital of Michigan. His father stayed by his side.

"You know, the biggest concern was ligament and tendon damage," said his dad, Peter Ashmore. "We were really grateful, God was really good, because when you think about it on your calf, your Achilles is right there, you know. And just all the ligaments coming down, that connect. A couple of spots you can see, maybe a couple of centimeters this way or the other, and it could’ve been really dicey. That’s a serious kind of injury." 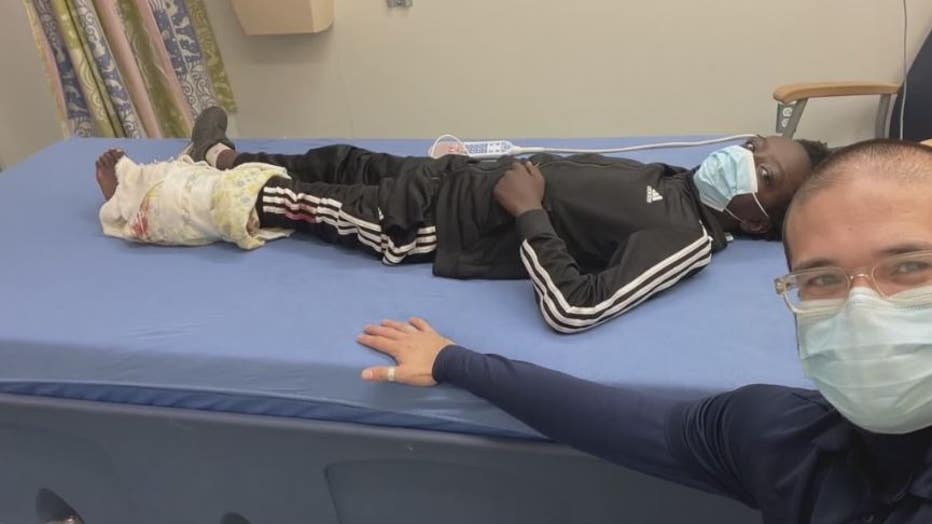 Deacon Ashmore and his dad Peter.

Detroit has long had an issue with stray and loose dogs attacking people, sometimes fatally.

Deacon's character has shined through before and after the mauling.

"He was just asking 'Hey Daddy is Kingston okay? Did Hensely and Coco make it back in the house okay? Is mommy okay?' Here is with a real serious injury and all he can do is think about other people," Peter said. "And I think that just speaks volumes about the kind of young man he’s becoming."

If you would like to donate to Deacon's family to help pay for his medical bills, CLICK HERE for the GoFundMe link. 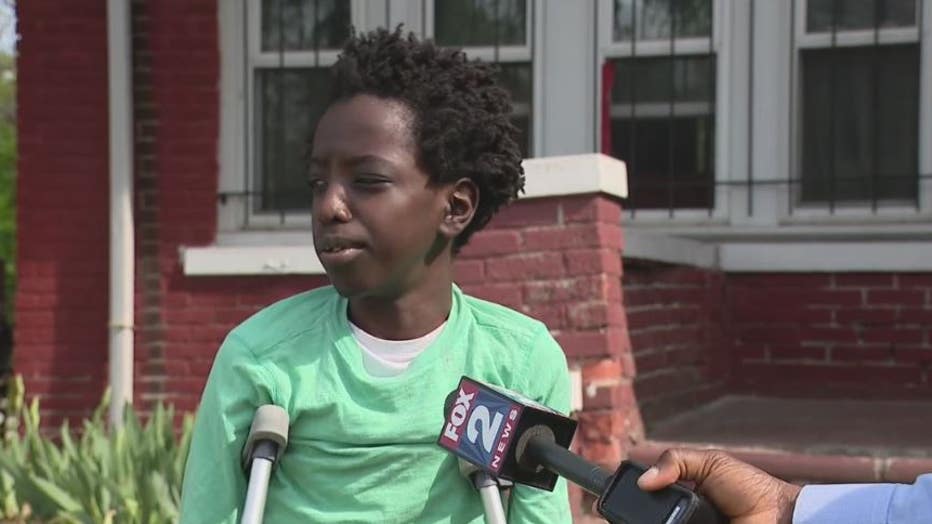 Detroit Animal Control has gotten involved and the dogs are off the street.