Suspect in shooting of 6-year-old out on bond

Coby Daniel, 6, was shot in the arm, allegedly by an angry neighbor, Ryan Le-Nguyen last weekend in Ypsilanti Township. And the shooting is recorded on video.

YPSILANTI, Mich. (FOX 2) - A boy from Ypsilanti Township is recovering after being threatened with a sledgehammer and then shot as he retrieved his bike from his neighbor's front yard.

Arnold Daniel says his kids were outside on their bikes on Candlewood Lane in Ypsilanti Township when they stopped their bikes and left one of them in front of a neighbor's home.

After that, the neighbor went back inside and Daniel said he shot a gun through the front window, hitting Coby in the arm.

"He tried hitting me with a sledgehammer but that’s not going to work because I’m too fast. (Then he) got a gun and BOOM shot me right here," Coby said.

The bullet went through the boy's arm and he was rushed to the hospital. Daniel said the doctor told him that had the bullet been an inch in either direction it likely would have killed Coby.

The young boy is home from the hospital and expected to be okay.

According to Daniel, they've had issues with the neighbor in the past including one time where he saw the neighbor trying to throw one of his child's bikes away.

The Washtenaw County Sheriff arrested the neighbor, who was identified as Ryan Le-Nguyen. He was charged with assault with intent to murder.

Three days later, he was released on a $10,000 bond. Daniel is angry and confused.

"I’m trying to figure out he got a bond so low for trying to kill my kid," Daniel said.

Boy shot in arm by neighbor while picking up his bike

A 6-year-old boy was shot in the arm by his neighbor as he was picking up his bike off the man's front sidewalk.

Video, which you can see above but may be hard to watch, show the kids playing on Candlewood Lane. Then you hear the gunshot and Coby realizes he was hit.

Coby yells out in pain and an older child yells to call the police.

"Right now, he’s not even processing what happened. He doesn’t realize how close he came to not being here..but I realize it," he said.

The judge gave him a $10,000 cash bond, which he made on Tuesday and was picked up by a family member.

He was ordered not to return home but Daniel says that's little solace.

"I’m scared for my family because I don’t know what he’s capable of," he said.

The prosecutor's office told FOX 2 that they were shocked by the low bond and requested $100,000. An emergency motion to raise the bond has been filed. 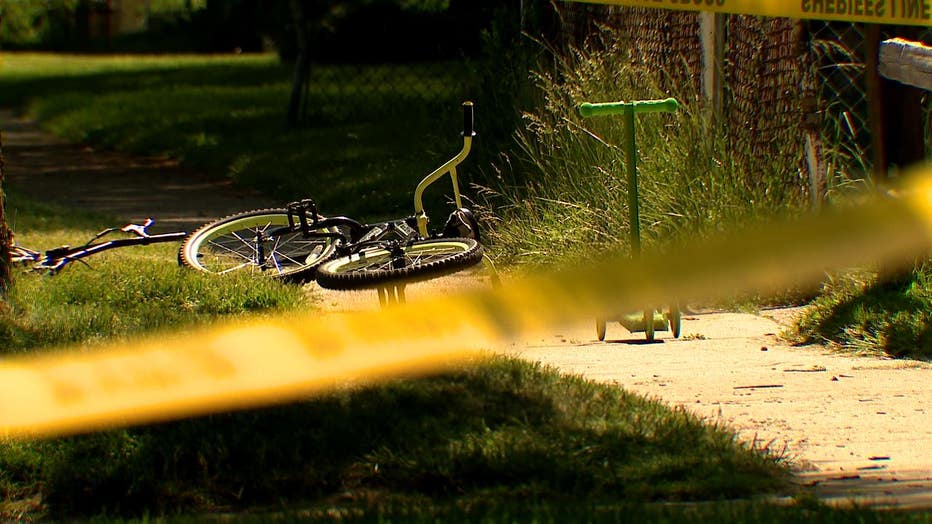 A 6-year-old boy is recovering after he was shot in the arm while getting his bike from in front of his neighbor's house.