(FOX 2) - A horrible case of child abuse led to an effort for new state laws to track offenders.

Now, the woman at the center of it all is set to be released from prison five years early after she was granted early parole. Erica Hammel knew this day would come, the day the woman convicted of abusing her son would be free. She just never thought it would be this soon.

A woman who was convicted of child abuse several years ago is getting an early prison release amid stalled efforts by the victim's mother to create a statewide child abuse registry in Michigan.

"She's got to spend ten years. This is her third offense and she almost killed my son."

Five years ago Rachel Edwards was convicted of second-degree child abuse for shaking Hammel's then-infant child Wyatt, and was sentenced to spend up to 10 years in prison.

"Wyatt's case came to the prosecutor's office as a homicide when it happened, when he was shaken. They didn't expect him to make it," Hammel said.

Now this week, Edwards was just granted early parole and will be released in April.

"If we can't keep these people behind bars we need to know about them," Hammel said.

That was the thought behind a piece of legislation that Hammel helped write five years ago called Wyatt's Law, after her son.

"It's going to identify who these abusers are but I always ask people, wouldn't you want to know if your next door neighbor was an abuser?"

If passed, it would create a searchable public registry for those convicted of child abuse. But unlike Edwards, the law isn't going anywhere.

"Five years we're going into this, trying to get Wyatt's Law passed. Third time around getting these bills introduced and I think even prosecutor Smith and his office is like, here we go she is getting out, this is another reason why we need this."

She's right. Macomb County prosecutor Eric Smith said, "The time to act is now. By giving parents access to information about child abusers in our community, we can prevent a child being placed in harm's way."

"All we can do if these people are roaming the streets, as a parent, is try to be as informed as we can," Hammel said.

The bill has been hung up in a committee since last April. 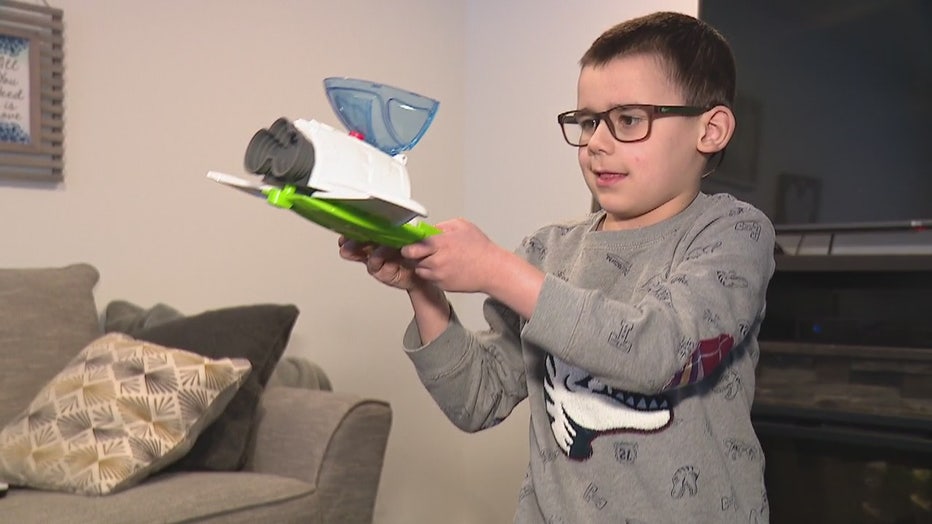 As for Wyatt, considering what he's been through, he's talking and in special education, making progress beyond what even his mom thought was possible. But his life will always be a struggle.

"He has permanent brain damage. He's had four brain surgeries, two eye surgeries, he's got seizures. He's been given a life sentence, unfortunately."

And she's asking others who feel the same as she does to call their lawmaker in support of Wyatt's Law.