On Monday family and loved ones said goodbye to a legend in the broadcast television and radio industries. Jerry Liebman, also known as Specs Howard died Sept. 3rd at 96 years old.

"We thought that grandpa would somehow defy the laws of nature and live forever," said Alisa Zee, his daughter.

The former radio DJ gained even more recognition after he started in the 1970s what became The Specs Howard School of Media Arts, a school that produced talent who continue to leave their own mark on the industry.

"Whether he taught them officially at the Specs Howard School or taught them by living his life in such a way that was honorable, and worthy of people learning from him," Zee said.

A service for this broadcasting icon brought out family and friends.

"The world without grandpa is just not a world I can’t comprehend," said Miriam Liebman, granddaughter of Specs Howard.

"We are in tatters with sadness," Zee said. "So many people - hundreds and hundreds have been reaching out not just to share their condolences, but to tell us how dad changed their lives." 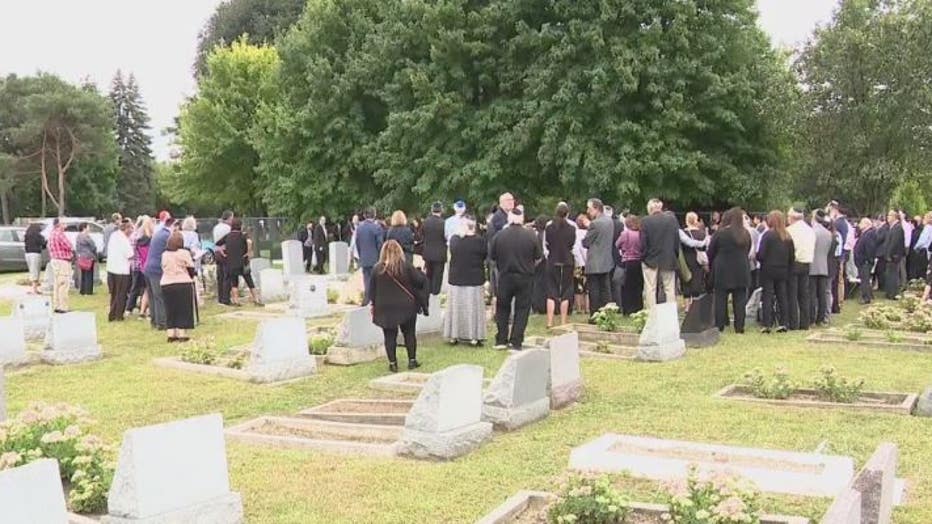 "To know that people got out of the school with the knowledge and enough to get them a job where they couldn’t have, had they not come to school," Leibman said once, in a video.

Howard’s daughter, herself a well-known radio anchor and talk show host, says she could not be more proud of her father and all he accomplished.

"My father Jerry Leibman, AKA Specs Howard, is the greatest man I’ve ever known," Zee said. "As I grew up and started to really see how this whole radio and TV thing and graphic design industry changed, largely because of dad, then I started to have appreciation more and more."

As Howard is laid to rest he leaves an imprint on the broadcasting industry for generations to come.

"We all wanted to emulate him, he instilled confidence, peace of mind, and he always instilled how important it is to smile, stay positive, and enjoy life," she said.