Bulldog crushed to death at PetSmart

A woman said her pet bulldog died after it was allegedly crushed under a table during a grooming appointment at PetSmart.

LAS VEGAS - A North Las Vegas woman said her beloved bulldog died after allegedly being crushed under a table during a grooming appointment at PetSmart.

Vikki Seifert told Fox 5 Vegas that a few days after Christmas, she took her 2-year-old bulldog Minni to PetSmart for a bath and nail trim -- but after 13 minutes at PetSmart, the dog was dead.

During Minni’s appointment, Seifert said she was walking around the store when she noticed employees from the store running to the grooming area.

“I ran in there,” she said. “When I went in, she was crushed under a grooming table. They said that they had listened for her heartbeat and she was gone.”

But Seifert told the station that no one could give her a straight answer about what happened.

“I don’t believe it was the weight of the table,” she said. “It was the fact that it was electric and it had crushed her to the point that the table was closed all the way on her. And then with it being unplugged, there was no way to raise it.”

Seifert said another customer who tried to help her dog said she noticed that the table was unplugged and that’s why it would not raise.

PetSmart issued a statement on the incident.

“A tragic accident occurred in our grooming salon, which led to the heartbreaking loss of Minni. There’s nothing more important than the safety of the pets in our care, and we immediately launched a comprehensive investigation into how this type of unprecedented event could have possibly happened,” PetSmart said. 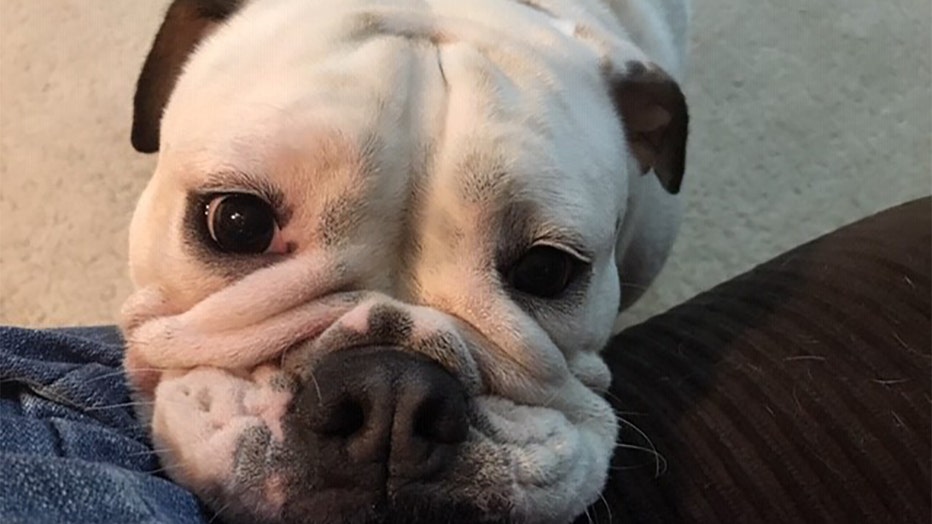 A North Las Vegas woman said her beloved bulldog Minni died after being crushed under a table during a grooming appointment at PetSmart. (Photo: Vikki Seifert)

“We have been in constant contact with the pet parent since this occurred and will continue to do everything we can to help support her during this difficult time,” the company said.

But Seifert told Fox 5 that she still has many unanswered questions.

“What were these two groomers doing? Why did no one notice where the dog was? Why was she under a table? How does a dog go in for a bath and get crushed in 13 minutes?” she asked.

“Nothing will ever make me unsee what I saw I will never be the same again but if it brings changes to help other pets and least something good came from a tragedy and no one else will have to live with something like this,” Seifert said.

Seifert said she wants someone to watch surveillance video of the incident. PetSmart said only Seifert’s immediate family could see it.

She is also waiting on an autopsy report.

Then, from there, she said she will decide whether to file a lawsuit.

“It has been a horrific experience and I miss Minni so badly,” Seifert said. “I just want people to know and corporations to understand that when someone leaves a ‘pet’ in their care they are leaving a family member not a pet.”

Seifert said that Minni was a “sweet, loving girl.”

“She was like a 2-year-old. She followed me everywhere and listened when I told her something and threw a hissy fit when she didn’t get what she wanted,” she said. “She was a joy to be around and made bad days easier.”