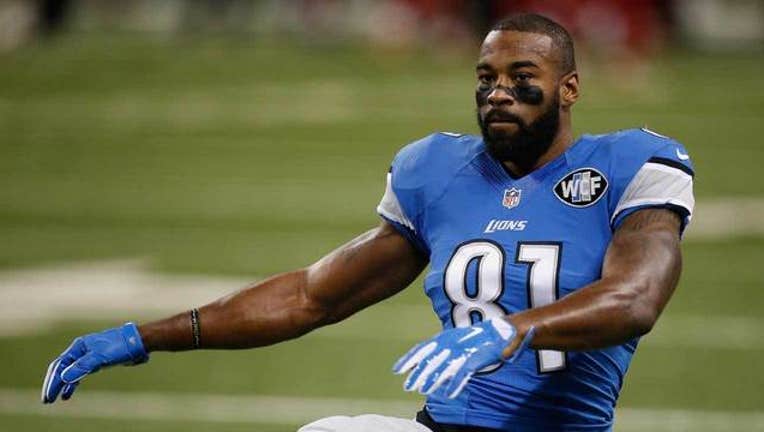 Calvin Johnson #81 of the Detroit Lions warms up prior to the game against the San Francisco 49ers at Ford Field on December 27, 2015 in Detroit, Michigan. (Photo by Gregory Shamus/Getty Images)

Michigan's Medical Marihuana Licensing Board voted 4-0 Thursday in favor of the application.

Johnson and his wife had registered using the attorney's office in Bloomfield Hills as the address on file but it will not be the location of the dispensary. The locations are not yet known.

He and another former Lion, Rob Sims, were denied preliminary applications in December for medical marijuana growing, processing and provisioning facilities. The licensing board cited minor traffic tickets for Johnson and problems with homes Sims owns in the suburb of Dearborn.

Johnson's spokesman says the tickets have been resolved.