LANSING, Mich. - Looking for a fresh start? Wanting to kickstart your survey-taking career? Interested in bolstering statewide representation by obtaining a more accurate headcount in Michigan?

If yes, then the U.S. Census Bureau has a job for you.

Against the backdrop of too few workers and fears of low turnout, the census bureau is hiring anywhere between 6,000 and 14,000 employees in Michigan alone. Offices in Detroit, Laning, Macomb County, Oakland County and the Traverse City area are all hiring, offering wages between $19 and 24.50 an hour.

Positions offered are both full-time and part-time and run the gamut of duties that are needed. Census enumerators are employees that go to homes and ask people to fill out the census will work up to 10 weeks.

Learn how to apply at 2020census.gov/en/jobs/

With the kickoff of the census date nearing, Michigan is making a concerted effort to get as many residents as it can to fill out the survey. Several state officials, including the census director, are worried without the push, Michigan will record an underwhelming count this year.

RELATED: Despite Michigan's growing population, it will still lose a seat in Congress

"We could be looking at a perfect storm if we can't fill all these positions and need to enumerate folks at the door," said Statewide Census Director Kerry Ebersole Singh.

Michigan's recent history with census response rates is pretty good. In 2010, 78 percent of residents returned their survey - fifth-best in the country. However, Census Bureau officials anticipated high turnout among states because a pre-survey asking citizens recorded 85 percent of the country planned on filling out their survey. 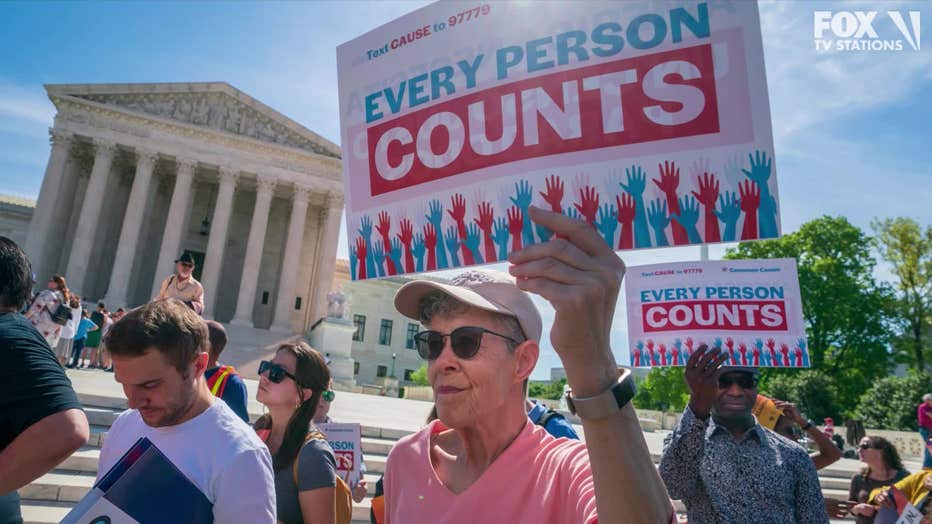 The same survey filled out this time around found only 65 percent of citizens planned to fill out their census.

Anticipating a decline in census responses, Singh was joined by some of the top brass in Michigan's government Wednesday to kick-off the "largest effort in state history" to promote this year's census.

“Communities are at risk of losing essential revenue for programs and services relied on by all Michigan residents,” said Michigan Nonprofit Association President and CEO Donna Murray-Brown in a news release. “Nonprofits are keenly aware of the negative impact an undercount will have on their communities, and that they will need to find ways to make up for the shortfalls.”

RELATED: Filling out your census costs you time. Not filling it out costs Michigan millions

In an unprecedented move, the legislature granted Gov. Whitmer $16 million to help with census outreach and preparation - an unheard amount of money.

Efforts to bolster Michigan's census count started in early 2019. As the MNA began to spread the word, local offices in Detroit and elsewhere were set up to connect with historically hard-to-reach populations. Children under 5, minority populations, and those that live in poverty are all demographics that struggle to fill out the census. 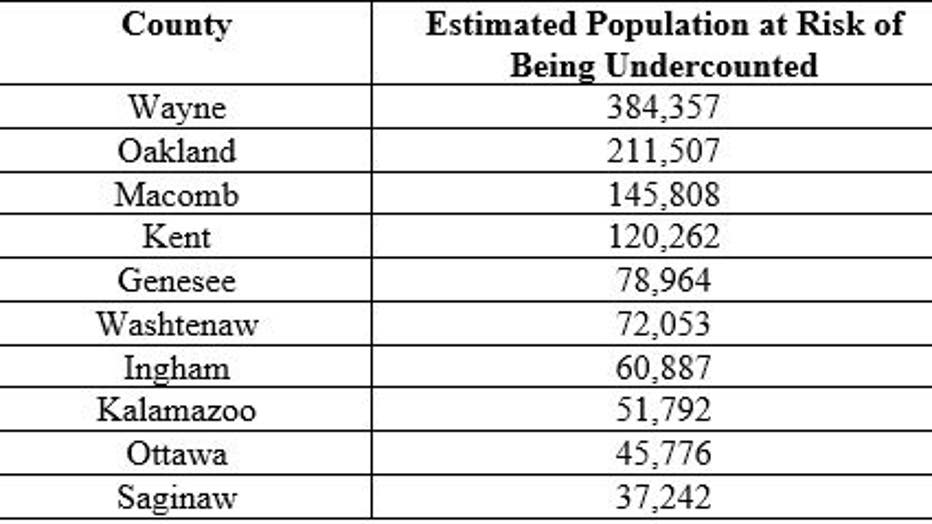 “Those with the most to lose from an undercount are the hardest to count, including communities of color, immigrants, young children, people experiencing homelessness and those traditionally served by nonprofits,” said Arab Community Center for Economic and Social Services (ACCESS) President and CEO Hassan Jaber, who also is co-chair of the MNA in a news release.

Anyone interested in learning more about the census can join Michigan Attorney General Dana Nessel and Michigan Secretary of State Jocelyn Benson at town halls that are planned around the region and state. Each is scheduled from 4 to 5:30 p.m.:

When the 2020 census is live, it will only have nine questions and take 10 minutes to complete. The census will be available to take online from March 12 to the end of April. After that, census takers will visit homes and try to reach people who may have not filled out their census.

Those hired will go through a training session prior to starting work.

Learn how to apply at 2020census.gov/en/jobs/