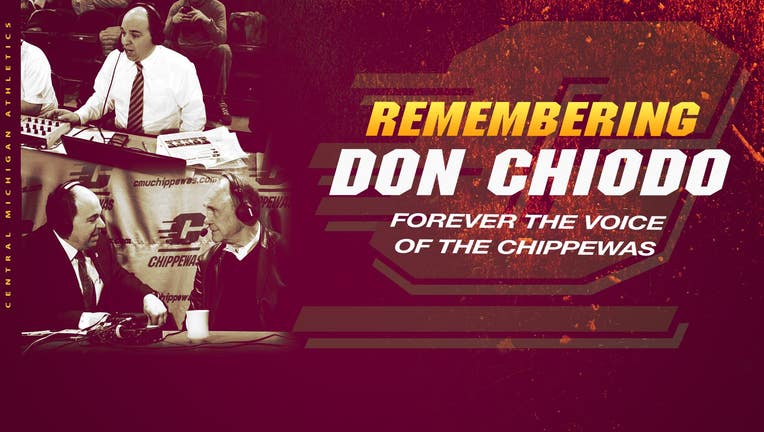 MOUNT PLEASANT, Mich. - Don Chiodo, a radio broadcaster for Central Michigan football and basketball, has died in a car crash. He was 54.

Police say Chiodo died in a crash Wednesday on M-46 in Gratiot County, just a few days before CMU plays for the Mid-American Conference football championship in Detroit.

“Don was an important part of our athletics family and his passing is a great loss,” said CMU athletic director Michael Alford. “Don was one of the fiercest advocates for all our programs and had a passion for telling the great stories of our student-athletes.”

Chiodo, a 1990 CMU graduate, was a 10-year veteran of the Chippewa Sports Network. He had a long career in broadcasting and also worked as a financial adviser.