Some 80 schools across Metro Detroit will be closed Friday amid a flurry of online and phoned-in threats directed at districts. Many are fake, but law enforcement is following up on every case before making sure students are safe.

FRIDAY NEWS HIT - More than 80 school districts across Metro Detroit will have class off Friday amid what police have labeled a ‘tidal wave’ of copycat threats alleging planned violence the following day.

What began as a trickle of old posts being shared online grew into an entirely different crisis that police are now managing following the tragedy at Oxford high school on Nov. 30.

An FBI agent said Thursday the agency was investigating 25 school threats, determining at least 13 of them were not credible.

"I don't know what goes through people's minds to make threats - one they think it is funny and it is not," said Oakland County Sheriff Michael Bouchard. "And two, they think it is a way to get out of school."

Law enforcement and school administrators have been on high alert after a mass shooting left four students dead and seven others injured after a 15-year-old student at Oxford high school began shooting randomly within the building.

It's the deadliest incident inside a school in the U.S. since 2018.

Already on edge following the tragedy, districts canceled classes in droves on Thursday, informing parents the night before or sending kids home early on school buses the day of. Police have been busy at work investigating the threats, following up on each one, Bouchard said.

"Addressing false information takes a lot of time - multiple threats were investigated previous to the Oxford event, and they are not related," he said. "The deer incident, the countdown clock, none of those have anything to do with this case. The clock was a local bar for when a band was going to play. So please, for those who are sharing that information, it is inflaming the fear of people." 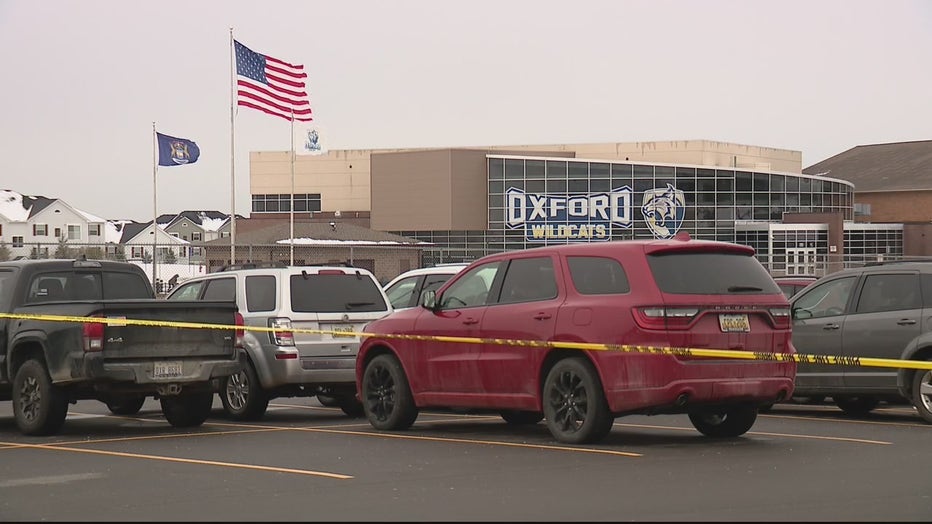 During a press conference on Thursday, Oakland County Prosecutor Karen McDonald said a false terrorism threat charge carries a 20-year felony. Using a telephone with malicious intent is another felony.

If you'd like to see what schools are closed Friday, check out the FOX 2 Closings page here.

Nine lawyers allied with former President Donald Trump were ordered Thursday to pay Detroit and Michigan a total of $175,000 in sanctions for abusing the court system with a sham lawsuit challenging the 2020 election results.

The money, which must be paid within 30 days, will cover the legal costs of defending against the suit, which were more than $153,000 for the city and nearly $22,000 for the state.

U.S. District Judge Linda Parker, who agreed to impose sanctions in August in a scathing opinion, rejected most of the attorneys’ objections to Detroit’s proposed award, but she did reduce it by about $29,000. Those sanctioned include Sidney Powell, L. Lin Wood and seven other lawyers who were part of the lawsuit filed on behalf of six Republican voters after Joe Biden’s 154,000-vote victory over Trump.

"Plaintiffs’ attorneys, many of whom seek donations from the public to fund lawsuits like this one ... have the ability to pay this sanction," Parker wrote. She previously ordered each of the lawyers to undergo 12 hours of legal education, including six hours in election law.

---Courtesy of the Associated Press

Video captured on a school bus shows a woman forcibly restraining a small child by hitting him several times and at one point, appearing to sit on him. During the entirety of the incident, the child is crying hysterically and trying to fight back.

The incident, which happened Wednesday in Detroit, involved a 6th grader from Fisher Magnet Middle Academy. "She was scared, scared out of her mind," said the father of the person who recorded the clip. "She came home in a panic, she was breathing a little hard (saying) ‘Dad, I can’t believe what I'm seeing. I can't believe this happened."

Both the woman involved and a second individual have been removed from their position within the district, a statement from DPSCD said. FOX 2 reached out to the three companies contracted with the district, but no phone calls were returned.

The video is difficult to watch - a woman forcibly restraining a small child on a school bus and at one point she appears to be sitting on him.

Detroit police officers saved four young children who had been kidnapped earlier this week, the department said in a Facebook post on Thursday.

The discovery came during a traffic stop from a car going through a red light by a pair of officers from the Eighth Precinct. The driver told them she was in a hurry to get the children ages 6 to 10, to school. 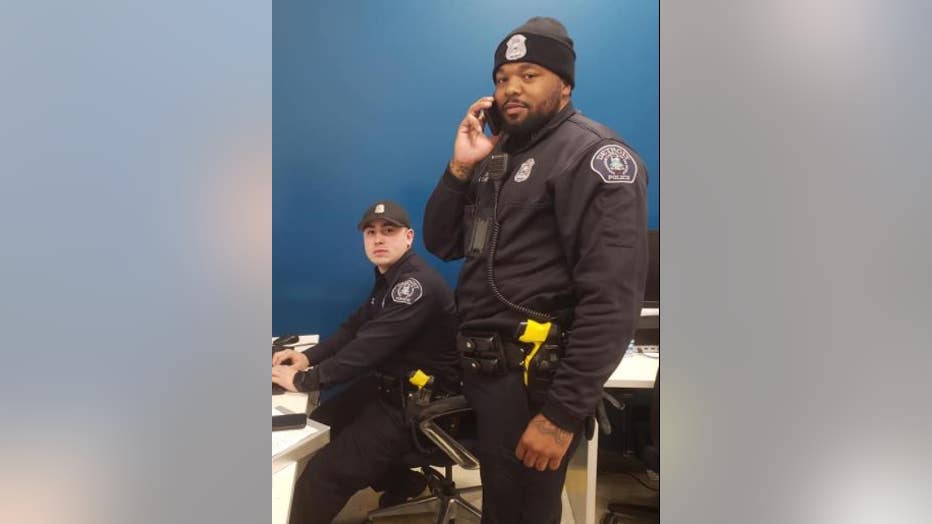 When asked what school they attend, the driver "could not give a good answer," the post, on the Eighth Precinct Community page said. "They escorted her from the car and questioned the eldest child, age 10, 'Do you know this woman?' The 10-year-old shook his head, no," the post said.

Officers Flannel and Parrish arrested the driver, while DPD said it was determined she had kidnapped the children on their way to school, forcing them into her vehicle. "These 2 officers exercised excellent police investigate skills, in doing so they were able to take a kidnapper off the streets, and safeguard the 4 children from any hurt, harm and danger," the post said.

A charging decision against the parents of Ethan Crumbley, the 15-year-old who killed four teenagers at Oxford High School after he brought a firearm to school, is expected Friday.

Oakland County Prosecutor Karen McDonald is expected to release details about the charges against James and Jennifer Crumbley during a noon press conference. FOX 2 will stream it live on FOX2detroit.com and on YouTube.

Prosecutor: Charging decision on parents of suspected school shooter to come in 24 hours

McDonald had previously said a decision would be made quickly regarding whether to arraign James and Jennifer Crumbley on charges after their son allegedly got ahold of a handgun purchased four days before the mass shooting. The teen was charged as an adult with 24 counts, including murder and terrorism.

The teen suspect allegedly used a 9 mm semi-automatic handgun that his dad had bought on Black Friday. Both of his parents attended the suspect's arraignment on Wednesday. McDonald described her interactions with the suspect's parents as "difficult."

It's going to feel about 15 degrees cooler Friday as temperatures take a tumble down to 39 degrees before the weekend. Any precipitation today will be snow to the south and west of Metro Detroit. The region could see some rain on Sunday.

Omicron: WHO says measures used against delta should work for new variant

Measures used to counter the delta variant should remain the foundation for fighting the coronavirus pandemic, even in the face of the new omicron version of the virus, World Health Organization officials said Friday, while acknowledging that the travel restrictions imposed by some countries may buy time.

While about three dozen countries worldwide have reported omicron infections, including India on Thursday, the numbers so far are small outside of South Africa, which is facing a rapid rise in COVID-19 cases and where the new variant may be becoming dominant. Still, much remains unclear about omicron, including whether it is more contagious, as some health authorities suspect, whether it makes people more seriously ill, or whether it can evade vaccine protection.

"Border control can delay the virus coming in and buy time. But every country and every community must prepare for new surges in cases," Dr. Takeshi Kasai, the WHO regional director for the Western Pacific, told reporters Friday during a virtual news conference from the Philippines. "The positive news in all of this is that none of the information we have currently about omicron suggests we need to change the directions of our response."