Aside from the threats, Oakland County Prosecutor Karen McDonald said she expects a charging decision within the next 24 hours on the parents of the mass shooting suspect, Ethan Crumbley accused of killing four teens, wounding six more, and a teacher.

FBI Special Agent Tim Waters said that currently 25 school threats were being investigated with 13 full mitigated to not be credible. Oakland County Sheriff Michael Bouchard said more than 60 school districts have been impacted by threats and closed as result of the copycat threats - promising that all will be investigated and prosecuted.

Adding to the confusion in the number of threats received, either are connected to past ones online in previous years or social media posts that have nothing to do with a threat, Bouchard said.

"Addressing false information takes a lot of time - multiple threats were investigated previous to the Oxford event, and they are not related," he said. "The deer incident, the countdown clock, none of those have anything to do with this case. The clock was a local bar for when a band was going to play. So please, for those who are sharing that information, it is inflaming the fear of people. They were investigated and deemed not credible - or not related."

False threat of terrorism charges carry with it a 20-year felony, McDonald said, assuring they will be prosecuted. Also included she said, will be using a telephone with malicious intent, another felony. 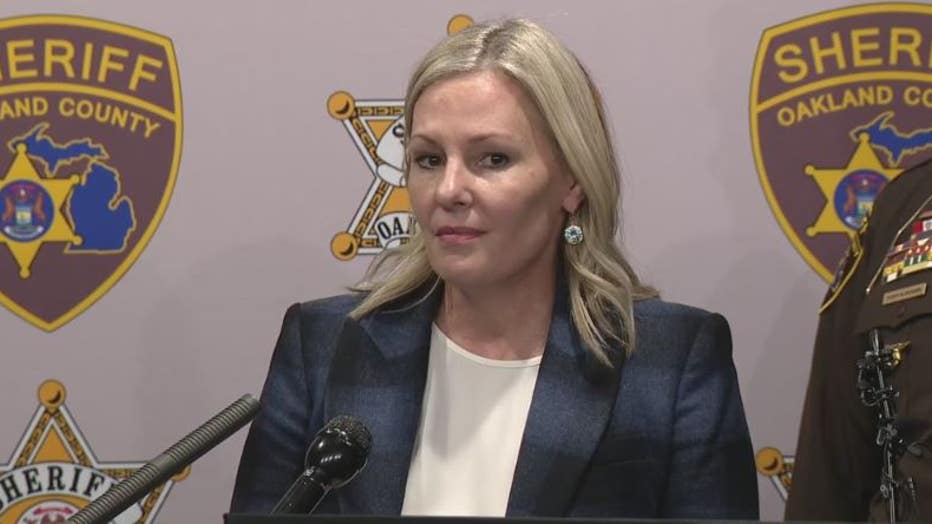 The amount of online threats have led to the sheriff's office asking the FBI and Secret Service to assist the cybercrimes division to look into them.

Bouchard urged parents and students to share school threats to local law agencies or the FBI instead of circulating them online using social media.

Across Metro Detroit, at least 60 schools canceled classes on Thursday and some have already canceled on Friday due to what Oakland County officials called a "tidal wave of copycat threats."

Oakland County Executive Dave Coulter said mental health resources will be made available, adding that there should be no stigma, including for those in law enforcement. Resources can be found at oakgov.com

Oxford High School shooting: what to know for Thursday

Oakland County leaders said more than half of the public schools there suspended classes on Thursday.

The leaders will address concerns about social media threats in an attempt to put to rest fears for students, parents, teachers, and school staff members.

Macomb County Sheriff Anthony Wickersham spoke to FOX 2 earlier in the day on Thursday and said that they had received at least 28 complaints, mostly originating from social media posts.

Wickersham said that despite the unprecedented nature of the attack, it's not unusual to see an increase in activity from copycats who think it may be funny to post about violence. But even joking threats are taken seriously and can lead to felony charges against teens.

"We always have to be thinking and be two or three steps ahead of everybody, so we can keep our community safe and keep the schools safe," said Wickersham. 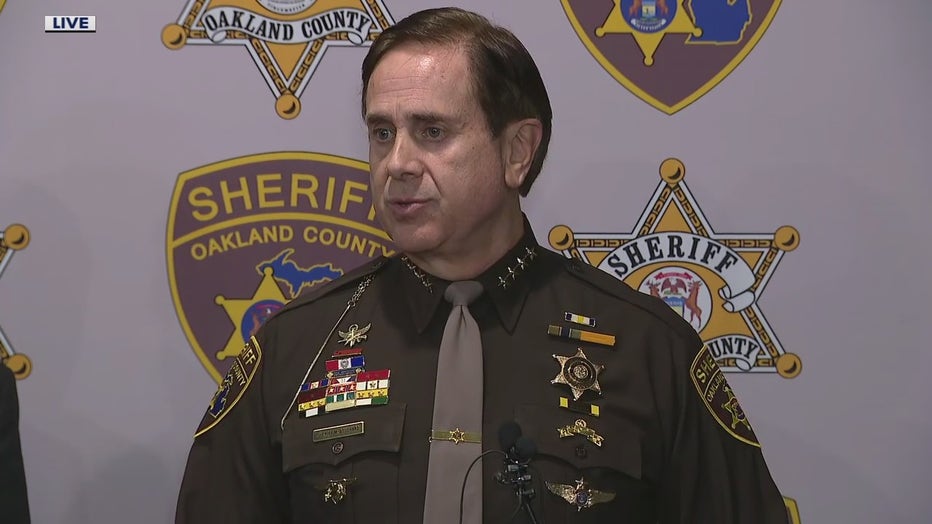