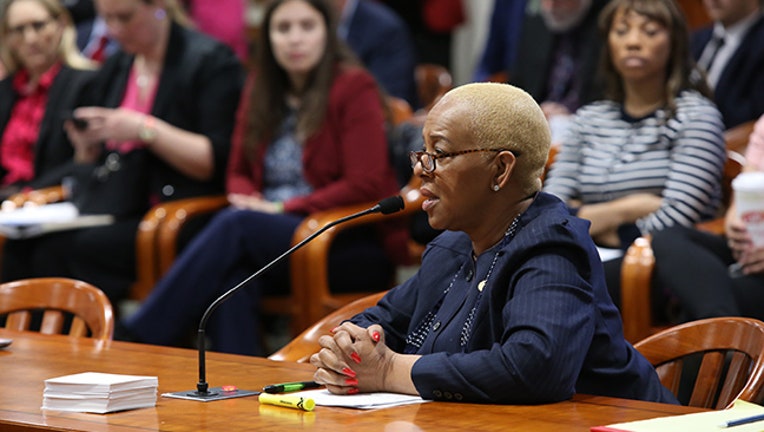 LANSING, Mich. - A Michigan man will go to trial on terrorism charges after allegedly threatening the life of a legislator and falsely reporting a bomb in the state Capitol.

Michael Varrone, 49, of Charlotte about 20 miles southwest of Lansing, was bound over Thursday by Lansing District Judge Kristen Simmons. He was arrested in January and could face up to 20 years in prison.

"My office will not tolerate threats to our democracy or to elected officials," state Attorney General Dana Nessel said in a statement. "Mr. Varrone being bound over to stand trial on these charges affirms that commitment."

He is accused of calling the Michigan House six times on Dec. 12 and on at least one occasion threatening Rep. Cynthia Johnson and her family. Days earlier, Johnson — a Detroit Democrat who is Black — had taken to social media to warn "Trumpers" after saying she received at least one racist threat that she should be lynched after a Republican-led committee heard baseless allegations of widespread election fraud from then-President Donald Trump’s personal lawyer Rudy Giuliani.

Varrone also is charged with calling the state Capitol complex on Jan. 7 and warning that everyone should evacuate because it was going to explode. The building was closed, and police found no bomb. The call came a day after Trump supporters violently stormed the U.S. Capitol to disrupt the certification of President Joe Biden’s victory.

A message seeking comment was left with Varrone's attorney.