FOX 2:: "I know you won't use the word governor today because you're not prepared to make any type of an announcement. But what kind of skills do you bring to the table to lead in office like that given your experience as police chief?"

James Craig: "You know, first of all, I think the ability to courageously do your job, stand up for what's right, I think I've demonstrated that to Detroiters throughout my tenure - but locally, and in some instances nationally,  standing up for what's not always popular, Roop, we talked about it, our profession is under assault in certain segments.The minority voices are heard and some people of influence, they attacked the police, but they certainly don't stand with police officers when they are attacked.

"And we know Roop, the vast majority of our men and women are ethical, they want to do the right thing each and every day. We have hundreds of contacts and you never hear about something going wrong. That's the quality of what our men and  women do."

FOX 2: "You say you became a Republican for the last 10 years. Are you afraid there may be Democrats who like you that will see you differently if you choose to run for Governor?"

Craig: "I'm absolutely not afraid. Let me just say this, Roop. A lot of the calls, text messages, have come from both conservatives and liberals, right and left, Republicans and Democrats. And, what was said is, we support you as a person. We evaluate you with what you've done, you've always been transparent, you've always been honest. And when I tell folks nothing changes, nothing changes. I am the same person, this is what I do.

"My point in bringing that out-front is because, you can't paint an entire race, a party, the same."

FOX 2: "What are the things you see in Michigan as a state, what would you like to see changed?"

Craig: "Since I have not made a decision nor an announcement, I think, when I make an announcement, that this is what I want to do, or I am considering another direction, I'll certainly be more than willing to have that conversation."

FOX 2: "But you certainly have some ideas about things you'd like to see changed?"

Craig: "I can tell you candidly, what I see in the country today is division. And so, that's not just reflected nationally, but certainly (in the) state. We are Americans first. That is a deep concern, so yes, I want to continue to be a voice in some capacity. Because as I indicated already, I am deeply passionate about being a public servant." 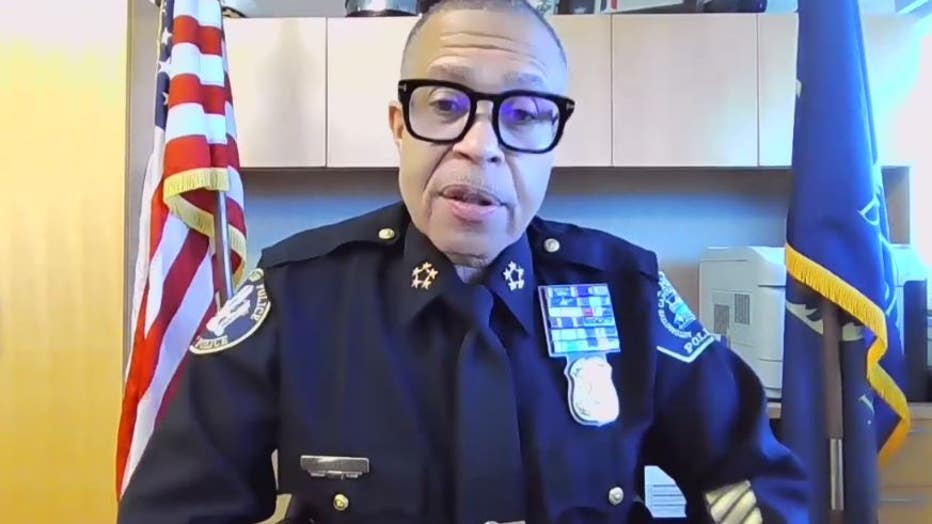 FOX 2: "Chief Craig, thanks for your time.  You managed not mention the word Governor in any of your answers but we will wait to see what that announcement is all about."