DETROIT (FOX 2) - If there is a word to sum up Friday’s Detroit Police Academy graduation, you could say it’s "family."

Before and after the ceremony, there were touching moments between the new officers and their loved ones.

"Many of you have said you want to help people," DPD Chief James White said. "Well, we’ve got some people for you to help. Be ready."

"I just want to let the officers know, the new officers know, in his honor, we are going to police these streets with integrity as we always have," White said. "It’s a tremendous responsibility taking this job with this uniform."

Officer Courts — a second-generation DPD officer — was shot and killed trying to stop a 19-year-old gunman on the city’s west side.

"We’re not defeated, but we’re certainly hurting," the chief said. "This is a dark day for us as an agency, but we’re going to pull together as a family as we always have."

Despite the cloud of grief hanging over DPD, Friday’s graduation was a silver lining.

Sixteen men and women ready to protect and serve their city, including fourth-generation Officer John Allen — whose great-great-great grandfather joined the Detroit Police Department in 1897.

"It’s a very proud day, proud moment for the department too," said his father Daniel Allen. "It’s a great department I wouldn't advise him to any other police department - it's the finest in the county."

At the ceremony, Chief White talked about the challenges these rookie officers will face — like navigating Covid changes and increased anti-cop sentiment.

Regardless, the chief reassured the graduating officers that he, the department, and this city have their back. 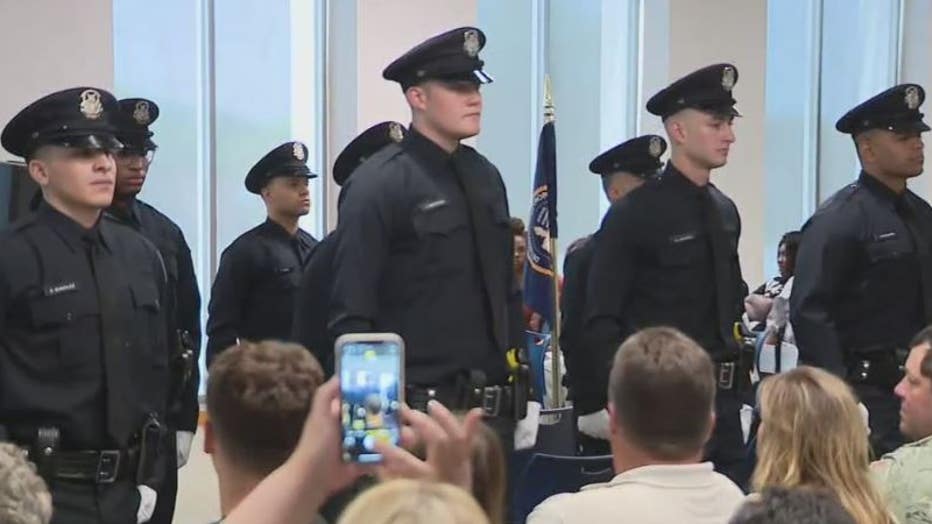