Detroit fire truck has lights and siren on at time of crash, driver of car has history of moving violations

he Detroit Police Department said the rig was en route to a fire run and was traveling eastbound on Forest when it was struck by a Mercedes that was traveling at a high rate of speed.

DETROIT - A Detroit Fire Department truck that crashed into a car Monday afternoon resulting in injuries to multiple firefighters and one other person had its running lights and sirens on when it collided.

Deputy Fire Chief Dave Fornell confirmed Tuesday that three firefighters would be released from the hospital while a fourth would remain for observation. The Detroit Police Department said the rig was en route to a fire run and was traveling eastbound on Forest when it was struck by a Mercedes that was traveling at a high rate of speed.

When the two vehicles collided, the rig spun out of control, struck an electric pole, which then fell on top of the Mercedes. The rig's remaining momentum carried it to a residential home where it came to rest.

The 50-year-old woman that was driving the Mercedes is in critical condition at a hospital, according to the most recent status update. Crews needed the jaws of life to free her.

The Detroit Police Department would not confirm who was at fault for the crash.

Residents living in the area said the incident renewed their calls for the city to install speed-slowing measures to reduce the number of crashes in the area.

However, according to the city of Detroit, some streets can't have speed humps installed because they don't qualify. Among the reasons humps don't get installed near fire stations is because it slows them down.

A map showing the area of Forest Avenue and McClellan Street shows some planned speed humps will be installed in adjacent streets in the coming years - but nothing planned on either street where they intersect. 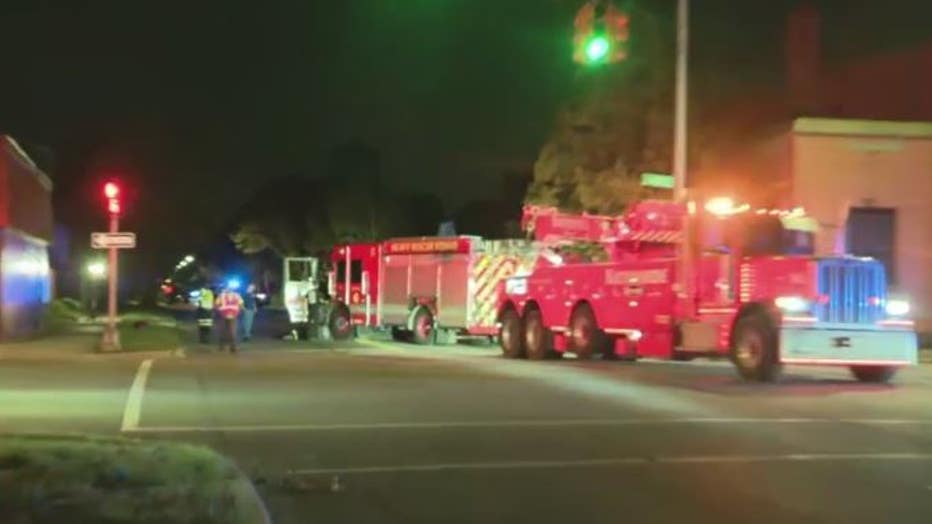