The Michigan chapter at the Council of American Islamic Relations said Helena Bowe had her religious freedoms violated when the police department forced her to remove her hijab before taking a mug shot, following her arrest during a traffic stop.

FERNDALE, Mich. - A civil rights organization representing Islamic Americans has filed a notice of claim against the Ferndale Police Department after an African American Muslim woman was told she had to remove a religious headscarf for a booking photo before she could leave the station.

The Michigan chapter at the Council of American Islamic Relations said Helena Bowe had her religious freedoms violated when the police department forced her to remove her hijab before taking a mug shot, following her arrest during a traffic stop.

Bowe said she felt "emotionally numb" in the weeks since the incident, which occurred on June 21 in Detroit.

"This whole incident has left me traumatized and feeling numb and detached," Bowe told reporters Wednesday morning. "I'm suffering from PTS, where even if the incident isn't happening, I can still see myself going through it over and over again."

Dawud Walid, the executive director of CAIR-MI, said Ferndale has an issue with anti-Black racial profiling.

An attorney for CAIR-MI alleged Bowe's rights were violated because she was told she could not leave the department until she removed her hijab, despite federal and state law permitting the wearing of religious clothing in state IDs.

"It's a well-settled law that you don't lose rights to religion just because you are arrested," said Attorney Amy Doukoure. "It's especially true for someone who has not been charged and especially true if they have not been convicted."

Ferndale police arrested Bowe on Eight Mile, despite the street being a part of Detroit.

Doukoure said officers had run Bowe's license plate and believed she had an expired tag when they pulled her over. Her tags were not expired. During the traffic stop, Bowe disclosed she had a taser in her purse that she used for protection after a previous mugging in the area, according to Doukoure. 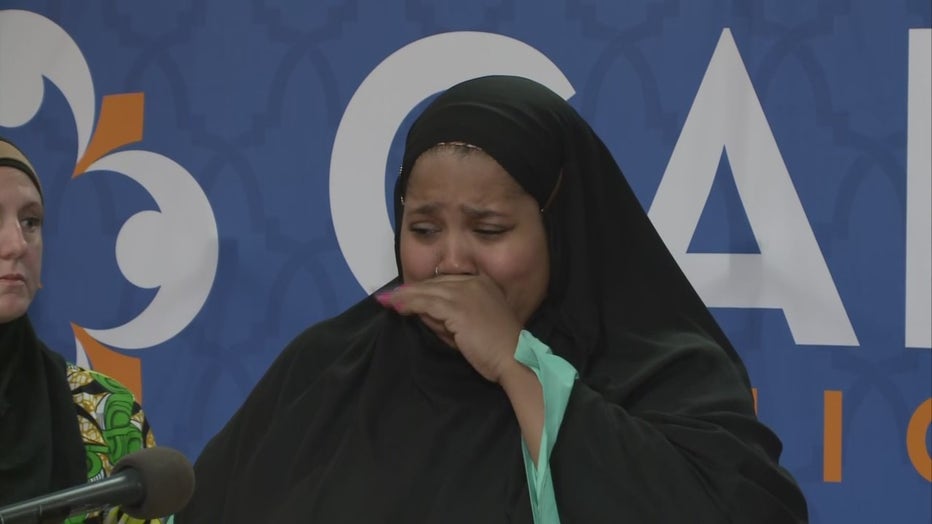 Bowe was arrested because the police department said someone needs a permit to carry a taser, Doukoure said.

"But the problems really started when she entered the Ferndale Police Department," she said.

A female sergeant had been present when Bowe was taken to the department and notified the male officers in the room the client had a right to wear her head covering. However, according to Doukoure, Bowe was searched by one of the male officers despite protests from her that it was against her religion to be having a man touch her.

Bowe originally took a booking photo while wearing her headscarf. But in the events following, she was told to remove her abaya, which is a large garment that drapes over an individual's clothes.

"The male guard forced our client to remove her religious covering despite her pleas to not have to remove it, stating that removing it made her in a state of undress and that was a violation of her sincerely held religious beliefs," said Doukoure.

Doukoure then alleges the female officer informed Bowe that if she wanted to leave that day, she would have to do is take a mug shot without her headscarf. Bowe protested before the officer said she would take the photo. Doukoure said the issue is more problematic however because the photo that CAIR received upon request was the same one where Bowe is not wearing a hijab.

And in reviewing the claim, the Ferndale police chief said "Our officers were simply following departmental policy, which includes photographing hair as an important identifying feature. Now, in reviewing the case and circumstances, I see the opportunity for our policies to evolve to better meet the needs of our community."

"What that means is the city of Ferndale has created a permanent public record of our client in a manner that violates her sincerely-held religious beliefs," she said.

CAIR said Wednesday that it was asking the Ferndale Police Department to address the issue proactively. CAIR also has two other lawsuits against the city of Detroit and the Michigan Department of Corrections for similar reasons.