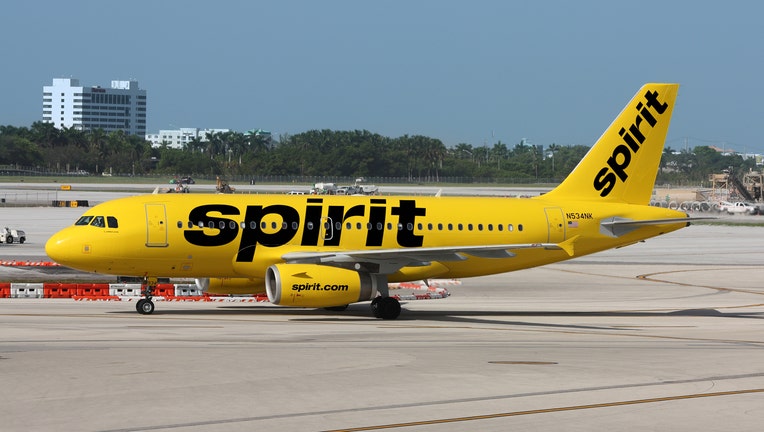 ROMULUS, Mich. - A local Muslim civil rights chapter in Michigan is calling for a woman to be prosecuted under the state's hate crime law after she allegedly assaulted a Muslim woman on board a flight to Detroit.

The Michigan Chapter of the Council of American-Islamic Relations made the request after a white woman was arrested Sept. 11 following a flight from Atlanta. The advocacy group wants the woman charged under Michigan's ethnic intimidation law, a felony with a max sentence of two years and a fine of $5,000.

In an email, the Wayne County Airport Authority confirmed it had responded to an assault on the plane and took a suspect into custody.

According to a release from CAIR, the woman had gotten onto a Spirit Airlines flight and was acting belligerently.

"During the flight, the white woman reportedly initiated altercations with minority crew members on the flight, and upon landing in Detroit began harassing and intimidating an older woman who looked to be of South Asian descent," read the release.

CAIR described Aicha Toure, a passenger on the plane as a "visibly Muslim woman" who was wearing an Islamic headscarf on the plane. When Toure intervened and asked the woman to stop cursing the older individual, the woman responded by calling Toure a "Muslim Terrorist"

"When the white woman realized Toure, and others were recording her Islamophobic comments, she struck allegedly Toure with her fist before crew members of Spirit were able to intervene," read the release.

She was arrested after the incident.

"After a preliminary investigation, it appears there was a misunderstanding between two women. A third woman intervened in an effort to help and was assaulted," according to the local police agency. "Airport police took the suspect into custody and cited her for assault and disorderly conduct."

"We call for the suspect who allegedly spewed anti-Muslim rhetoric during the assault to be charged to the full extent of the law," said CAIR-MI Executive Director Dawud Walid said in a statement. "Swift arrests along with strong prosecutions must be instituted to deter future acts of anti-Muslim hate crimes."

Spirit said in a statement it did not tolerate the behavior and would be banning the woman from further flying on the plane.

"At Spirit, we want each of our Guests to feel safe, welcome and respected. We do not tolerate discrimination or harassment of any kind. A passenger on one of our flights arriving in Detroit chose to use appalling language toward one of our Guests. That kind of language has no place on our planes—or anywhere else—and she is no longer welcome on any of our flights. We thank our crew for taking control of the situation until law enforcement arrived, and we thank the Wayne County Airport Police for removing her."

Walid said the actions amounted to a hate crime because the assault of Toure was motivated primarily by her "identity as a visibly Muslim woman."

The group posted a screenshot of the woman it is accusing but did not add any accompanying video.