FARMINGTON, Mich. (FOX 2) - Homeowners watched in disbelief as storm damage was being cleared throughout the Farmington area.

Hours after a wind and rain storm hit parts of Southeast Michigan leaving thousands without power and damage to their property.

"We had a limb come in through dining room ceiling and it rained all night because no one could come out here," said King. "So we have water damage."

Not only was Nikki King’s house damaged, so was her mother’s house right next door.

"(The wind) ripped the side of my mom’s house, it ripped our brand new fence out," she said.

One of the hardest-hit cities in Wednesday’s storm was Farmington. Our Fox 2 Drone cameras captured the path of the damage.

"I’m 77 years old and I’ve never seen a storm like this in my whole life," said Linda Chiara.

Crews from the Farmington Department of Public Works out in full force Thursday to clean up branches, leaves, and other debris in roadways. 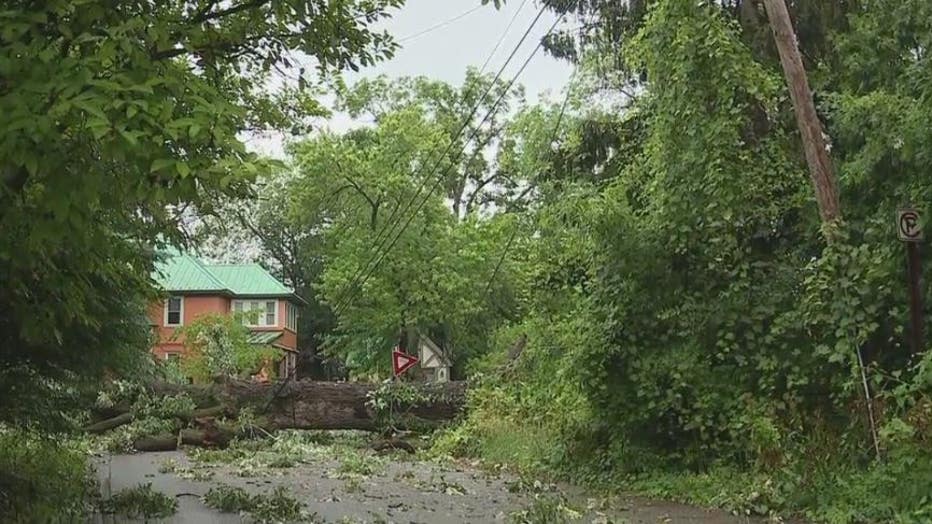 "Crews are on 12-hour shifts trying to maintain and reopen streets and assess all of the damage," said Charles Eudy, Farmington, Superintendent of Public Works.

This historic cemetery in Farmington was also hard-hit, but city officials say they have to prioritize cleanup in other areas.

"It’s toward the lower end of the list we’re attempting to clear all streets and make sure people have access to their homes, driveways, sidewalks, roads reopened because next week we have Farmington Festival in town," Eudy said.

As the cleanup continues, some residents are forced to stay away from their homes until the fix-up and restoration is complete.

In nearby Farmington Hills due to power outages, officials have opened up the Costick Center as a Relief Center and you don’t have to be a city resident to use it. 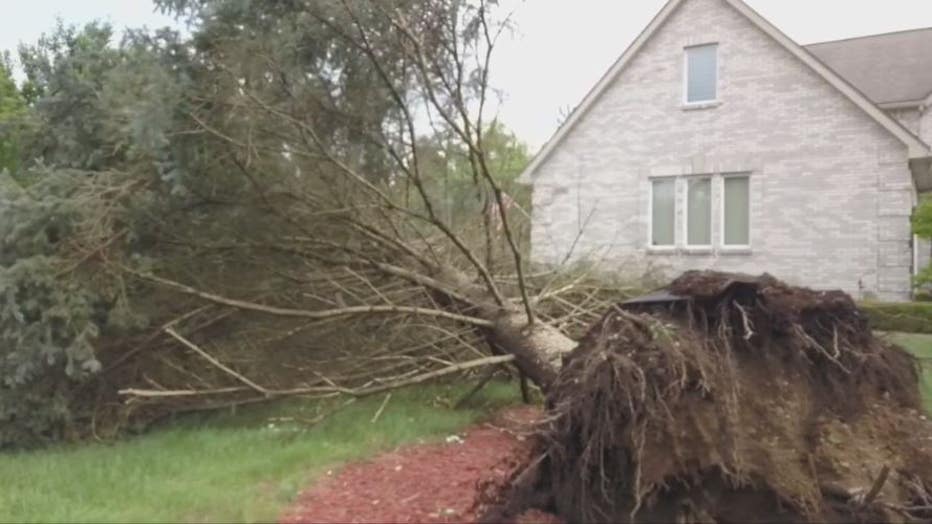 As crews and residents work to clean up and get things back in order, officials say the key is safety.

"First is the safety of residents, city employees, our contractors, and the DTE employees," Eudy said. "Allow these folks to get through and to do their work, and try to stay out their way."