The gruesome discovery was near Grand River and Kensington, where 16-year-old Kimberly Louiselle was found dead, murdered and dumped in 1982.

LIVINGSTON COUNTY, Mich. (FOX 2) - Thursday marks 40 years since a teen was found murdered in the Livingston County woods - and the murder remains unsolved.

The gruesome discovery was near Grand River and Kensington where 16-year-old Kimberly Louiselle was found dead, murdered, and dumped in 1982.

Cindy Arthurs says her then-16-year-old sister Kimberly Louiselle would make at least four phone calls, trying to get a ride the rest of the way home.

"Those phone calls are the last we know of her doing -  at that point we don't know if she got a ride, that she started hitchhiking or walking again," Arthurs said.

She says that’s the last time anyone heard from Kimberly. On April 14, 1982, the 16-year-old was discovered in the wooded area near Kensington and Grand River.

"She was repeatedly raped, repeatedly beaten, and repeatedly strangled," Arthurs said. "Nobody knows where she was for 24 days, but it was not like her to not contact anybody. She was heading home."

Michigan State Police confirm to FOX 2 they’re investigating Kimberly’s death and tell me they don’t have any updates at this point. But that won’t stop Cindy from doing everything she can to find Kimberly’s killer.

FOX 2: "How have you managed such unimaginable tragedy?"

"You push it out of your mind, you try not to live with it every day," she said.

Arthurs has also worked to see justice in the cases of other young women and girls who went missing, or were murdered in the Detroit area around the same time, for example.

"Kellie Brownlee, she is on my flyer," Arthurs said. "She went missing from Twelve Oaks Mall a month after my sister. It is just too much of a coincidence that they were pretty much within the same vicinity and the same time frame."

Reach out to Michigan State Police if you know anything. 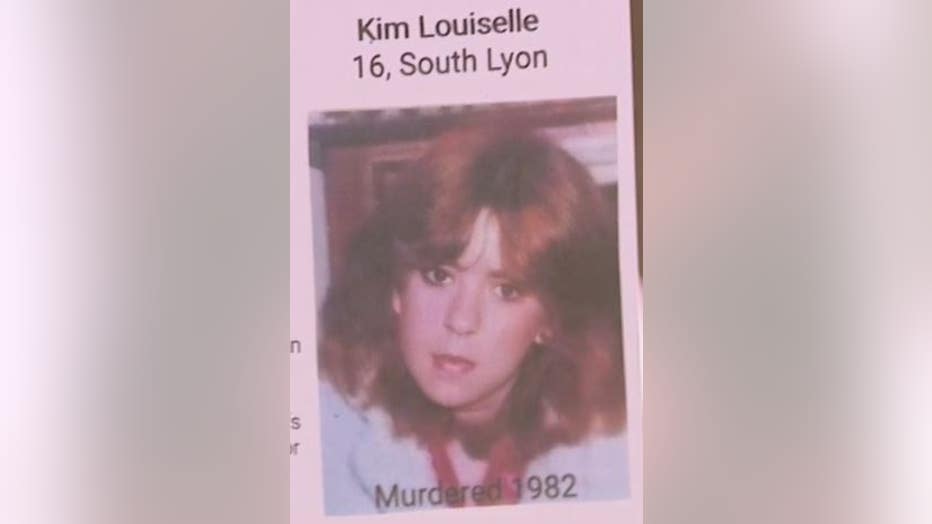