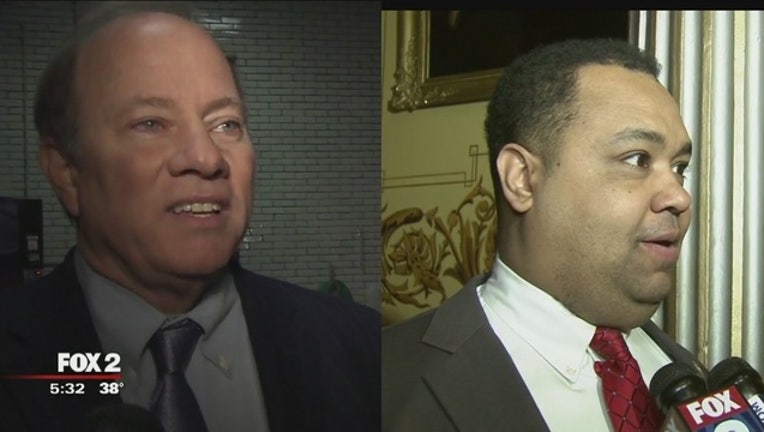 (WJBK) - In his harshest attack yet, the man who wants to unseat Detroit Mayor Mike Duggan is now comparing his opponent to Kwame Kilpatrick.

"Every time that my opponent Mike Duggan, every time he has handled money, there's been a federal investigation," Young said.

The contest for mayor is heating up.

"Not only is this just about the issues, about the, neighborhoods, about putting people back to work, this is about righteous versus corrupt.  That's really what this is," Young said.

At a public safety event the mayor was hearing these charges for the first time with this reaction.

"My thought was this is exactly what I expected. Senator Young has been in Lansing for 8 years. He has no accomplishments to point to. He doesn't have any strategy, except to spew hate," Duggan said. "It's the kind of campaign he's going to run and we're ready for him."

Former Detroit Mayor Coleman Young's son, in this next attack, draws a parallel between the mayor now in office and the former mayor now in prison.

Duggan said the campaign will be full of hateful statements, and racially charged ones too.

The senator dismisses the first poll that showed him running behind the incumbent and he sums up the mayor's performance this way:

"I think it disqualified him from being mayor period," Young said.

Duggan said the great thing about elections -- it's up for the people of Detroit to make the decision.