Another Michigander on the national stage during Tuesday's hearing was Secretary of State Jocelyn Benson, who was featured discussing the protestors who came to her home in Detroit to try to intimidate her.

"He told me that the Michigan Republican electors were planning to meet in the Capitol and hide overnight," Cox said.

And while that didn't happen - Michigan House Democratic Leader Donna Lasinski says they still tried to get in - with the help of state representatives.

"Representatives Daire Rendon, John Riley, Beth Griffin and Julie Alexander all marched false electors here to the Capitol only to be rightfully turned away by a state police officer," Lasinski said.

"I think the words that I would have more likely used, were we were going to follow the law," Shirkey said.

Another Michigander on the national stage during Tuesday's hearing was Secretary of State Jocelyn Benson, who was featured discussing the protestors who came to her home in Detroit to try to intimidate her.

"The uncertainty of that was what was the fear - like are they coming with guns, are they going to attack my house? I'm in here with my kid," Benson said.

It's behavior that has her concerned about all election workers heading into November.

"I also hope what comes out of this is an effort by states and the federal government to put in place protections for our election workers," she said. "Better fund our elections so that we can we can withstand the ongoing threats to the security of our process, and the security of those who administer elections."

"Threats to election officials are not protected speech - they are not protected by the First Amendment," Thomas said. "There are going to be many more challengers in the polls this November, and there are a number of candidates that are out there propagating 'The Big Lie' still, and I think in the face of the facts - that is unconscionable.

"They are not going to find fraud  - because there is no fraud. And we want to avoid confrontations on Election Day." 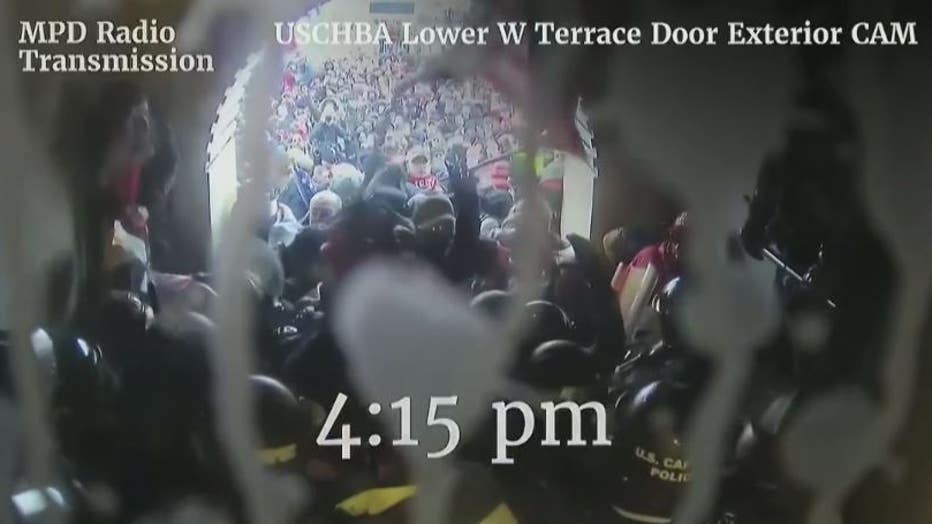