SOUTHFIELD, Mich. (FOX 2) - There is plenty of confusion outside the Iraqi consulate in Southfield Tuesday.

A group of protesters showed up thinking people were inside paying respects to the General Qassam Soleimani but a consulate spokesman denied it.

The Iraqi consulate general in Southfield says every consulate and embassy around the world opened so people can pay their respects "to the eight Iraqis including a high ranking military official" killed in last week's airport attack.

The general says the consulate normally opens when Iraqi leaders die.  The general is adamant they are mourning the loss of people from their country - not Soleimani.

Nontheless, a group of protesters gathered outside the Iraqi consulate. They believed the consulate opened for people to mourn the Iran general Qassam Soleimani who was killed at an airport in a US airstrike last week.

"I thought it was really wrong they are mourning the death of a terrorist here on American soil," said Thaddeus Krasinski, a US Army veteran.

Protesters like Thaddeus Krasinski says that is a very stark contrast to what he heard from media reports.

"That said, this was in reference to General Soleimani's death and they were going to be accepting condolences," he said. "So I’m not sure the ins and outs. I wanted to be here to show my support and that I'm against this." 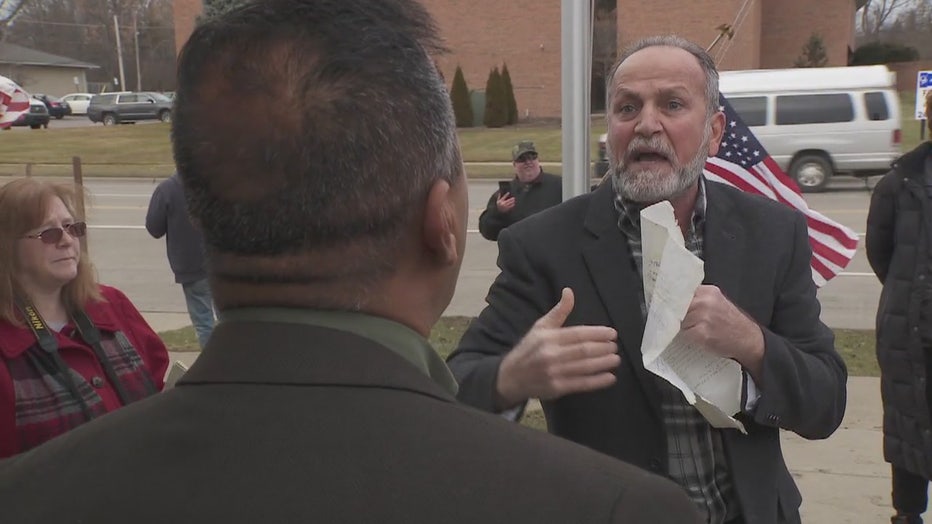 Khalad Somo came to the United States from Iraq seven years ago. He says Iraqis have been killed before and he is wondering why the consulate did not open for them.

"Many things happened in Baghdad and many countries and many cities in Iraq," Somo said. "They killed them, why didn't they do something like that here (then)?"

The consulate will also be open on Wednesday for people to continue paying their respects to the eight Iraqis killed in the airport attack.