His son Matthew Moroun, who has been running the family's enterprises in recent years, sent a letter to employees Monday saying his father was surrounded by family members when "passed away peacefully at his home of congestive heart failure."

Born in 1927, to Lebanese immigrants, Matty Moroun went from working at a neighborhood gas station to becoming a self-made billionaire and one of the richest and most controversial business men in the world.

His son declined to speak about his father Monday, respecting his privacy. In 2012, he sat down for a rare interview with former FOX 2 reporter Charlie LeDuff. Tonight we take a look back at his life and his legacy.

Born in 1927, to Lebanese immigrants, Matty Moroun went from working at a neighborhood gas station to becoming a self-made billionaire and one of the richest and most controversial businessmen in the world.

Moroun grew up on Detroit's east side. He attended Unioversity of Detroit Jesuit High School and Notre Dame. After graduation, he worked in his dad's garage as he aquired a hauling company Central Transport. By the 1950s - Moroun was running the trucking company that allowed him to buy a 25 percent stake in the Ambassador Bridge.

Moroun would eventually purchase the entire structure for $30 million.

"It gave me the opportunities otherwise I would never have them," he said. "When I was tossed in jail, without one word from my mouth, I was so tickled I lived in the United States."

Owning the bridge did not come without controversy, Moroun spoke about when a judge held him in contempt back in 2012 for failing to build freeway ramps that would connect the bridge to I-75-and I-96.

Moroun spent the night in the Wayne County Jail. But the business mogul caught much criticism for letting Detroit properties decay - like the old Michigan Central Train Station.

He also spent years and millions of dollars fighting the contstruction of the Gordie Howe International Bridge.

"I just don't want to mess our bridge up," he said.

FOX 2: "Who are you more worried about, the American tax payer or Matty Moroun enterprises?"

"Our country in my book, all of us came first - in my trucking, the bridge, anything I have, I love my country first," he said. "I am a quiet, private man," he said. "But somebody decided to make me other than private. I didn't. I went 80 years without being anything but Matty Moroun."

He is survived by his wife and his son. Funeral arrangements have not been announced. 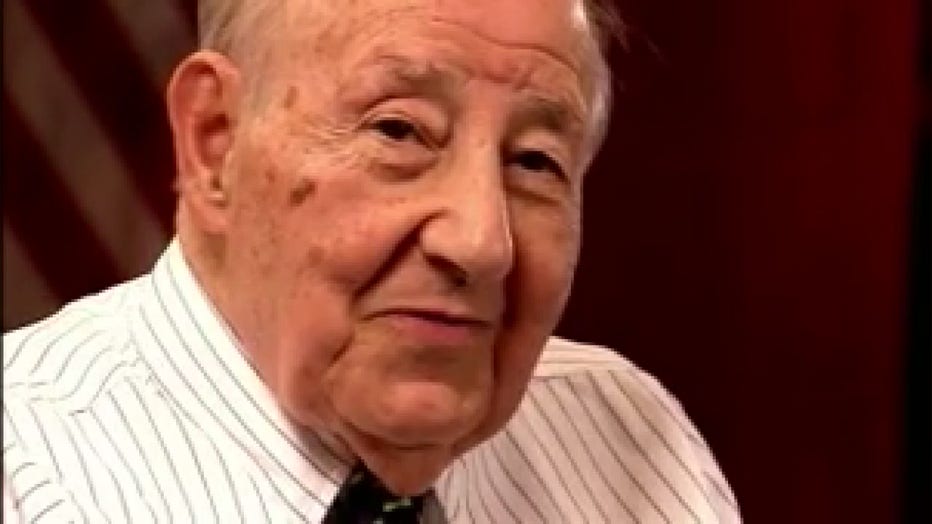