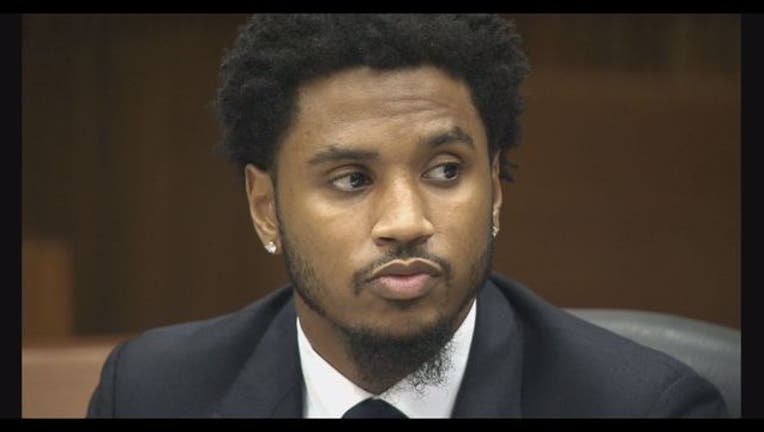 DETROIT (WJBK) - An officer and a cameraman have filed a lawsuit against Trey Songz after they claim they were hurt during an incident at the singer's 2016 concert in Detroit.

Trey Songz, also known as Tremaine Neverson, was accused of assaulting a Detroit police officer during a concert on Dec. 28, 2016 at Joe Louis Arena. Police said Neverson reacted angrily when he was told he had to end his show at a certain time. According to video recorded by concert-goers, Neverson then threatened to "go crazy" if that happened.

That's when police say Neverson threw an object and hit someone. When an officer attempted to arrest him, Neverson allegedly hit the officer.

Last August, he reached a plea deal, pleading guilty to two misdemeanor charges of disturbing the peace, while his other charges of aggravated assault and obstructing a police officer were dropped. He spent the last year and a half on probation.

Videos of Trey Songz saying 'F*** the police*** can be used in case, judge rules

Now that officer, Detroit Police Sgt. Robert Avery, and cameraman Andrew Potter, who was hired as a photographer during the Trey Songz concert, have filed a civil suit.

Potter says he was hit when Neverson threw equipment, including a microphone stand, into the crowd. Sgt. Avery says he went to the dressing room to arrest Neverson when he was punched and thrown to the ground. According to the lawsuit, Trey Songz called the white officer racial slurs while fighting him.

Both plaintiffs are suing for assault and battery, as well as for emotional distress.

This story is developing. Stay with FOX 2 for more details.