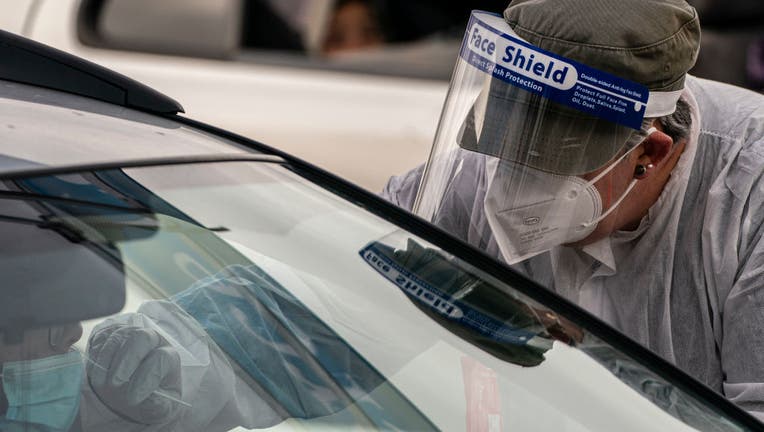 A nurse administers a test during a COVID-19 testing and flu shot event at the Tacoma Dome on November 28, 2020 in Tacoma, Washington. (Photo by David Ryder/Getty Images)

LOS ANGELES - Though the first case of the coronavirus wasn’t identified in the U.S. until January, a new study suggests that the novel disease was present earlier in the country than first thought.

A study published Monday in the journal Clinical Infectious Diseases conducted by researchers with the Centers for Disease Control and Prevention suggests that the novel virus was present in the United States as early as mid-December 2019.

The conclusion is based on blood donations from the Red Cross from nine states, including Washington, Oregon, California, Connecticut, Iowa, Massachusetts, Michigan, Rhode Island and Wisconsin.

“These findings suggest that SARS-CoV-2 may have been introduced into the United States prior to January 19, 2020,” the researchers stated. The findings also “highlight the value of blood donations as a source for conducting SARS-CoV-2 surveillance.”