If there's one piece of advice that Beaumont Hospital's infectious disease research director would hope people would abide by, it's to stay home this week.

"I've been telling everybody to stay away from their families," said Dr. Matthew Sims.

As the number of days to Thanksgiving has shortened, the number of COVID-19 cases confirmed in Michigan has climbed to its highest rates ever seen. Disease experts like Sims and the hospitals that employ professionals like him see this convergence of widespread community transmission with a holiday known for its family gatherings as a dangerous cocktail during the pandemic.

According to information on the state's website, 75% of beds in Michigan hospitals were occupied and 4,087 people were hospitalized as of Nov. 23. That includes 74% of beds in Beaumont hospitals and 80% of beds in Henry Ford Health System Hospitals.

Weeks ago, these numbers were a fraction of what they are now.

COVID-19 hospitalizations rise ahead of Thanksgiving

With Thanksgiving just a day away, health experts worry that an alarming number of gatherings could push an already surging number of hospitalizations into uncharted territory.

On Tuesday, the state reported another 6,290 cases and almost 150 more deaths, including 94 in just one day. Michigan's hospitalization rate is now fifth-highest in the country, behind Texas, California, Illinois, and Ohio.

The 1,348 deaths reported in November make it the second-deadliest month in Michigan since the outbreak began. Tuesday's new cases were twice as much as the average number of cases reported at the beginning of the month.

Reports of climbing case rates and a gradual increase in deaths and hospitalizations have blanketed newsfeeds for the month of November. In an effort to mitigate further spread, Michigan deployed new restrictions on businesses and gatherings not seen since the spring.

While policing businesses to reduce capacities or cease indoor service is still an option, keeping people at home during the holidays could be much harder. As part of Gov. Gretchen Whitmer's three-week restrictions, a maximum of two households can gather on Nov. 26, with capacity limits of 10 people or less. So how many people plan to travel for Thanksgiving? 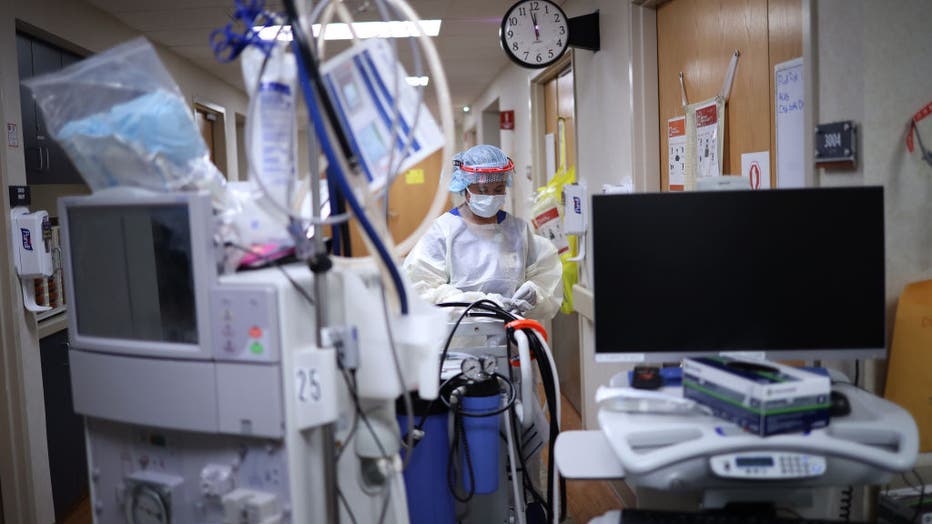 A survey commissioned by the New York Times that was published Tuesday revealed only 27% of Americans planned to dine with people outside their household. That includes about 26% of people from Michigan.

Scenarios like small and medium-sized family gatherings are among the primary vectors increasing transmission, health experts warn. Reducing them as much as possible will keep the state's hospital capacity from swelling over 100%.

Below is a breakdown of nearby hospital capacities the Monday before Thanksgiving: