Troops based in Japan, South Korea and Europe were among the first to receive the vaccine amid rising cases of the coronavirus around the world.

Army Lt. Col. Brian Cohee, a pulmonary and critical care physician, was among the 20 other service members to receive the vaccine at the Brian D. Allgood Army Community Hospital at Camp Humphreys in South Korea. Other locations administering the Moderna vaccine are Osan Air Base and Kunsan Air Base, both also in South Korea.

"I consider it a huge privilege to be able to be the one to start it off here in Korea," Cohee told Stars and Stripes. "I have taken care of a decent number of coronavirus patients and seen what it can do."

U.S. Forces Japan began inoculations at Yokota Air Base on Monday after receiving just under 8,000 doses last week, a military spokesman said during a Facebook Live event on Tuesday.

Gen. Robert B. Abrams, the chief of the 28,500 American troops deployed in South Korea, said in a statement that while the vaccine is 100% voluntary and not mandatory, "I strongly encourage all eligible individuals to receive the vaccine."

Abrams was among those who were inoculated Tuesday. 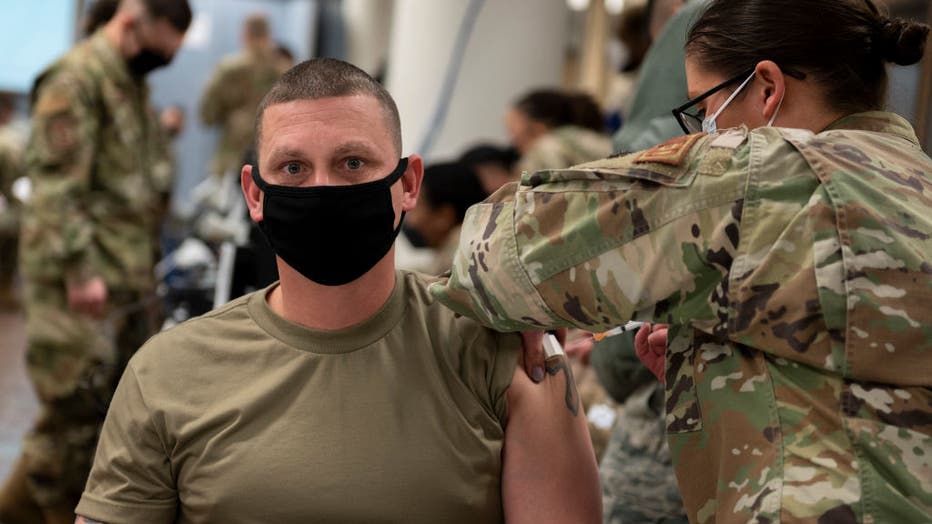 He told Stars and Stripes that the Moderna vaccine was painless compared to the lingering effects of the anthrax vaccine series he received going into Operation Desert Shield nearly two decades ago.

The U.S. troops’ deployment in South Korea is meant to deter potential aggression from the North, and Abrams said the COVID-19 vaccine "is another tool that will help USFK maintain a robust combined defensive posture."

"The FDA only authorizes the use of a COVID-19 vaccine after careful and rigorous testing and trials," Brig. Gen. Mark Thompson, Regional Health Command Europe commanding general, said in a statement. "We are excited to be playing a role in providing a very safe and effective vaccine to our military community. This vaccine is a vital part of our way forward to protect our people, their families and the communities where we live and work."

The U.S. government and its partners will distribute 4.67 million doses of Pfizer's vaccine and that of Moderna, U.S. Army General Gustave Perna said last week.

According to the FDA, the vaccine may cause some side effects, including pain at the injection site, tiredness, headache, muscle pain, chills, fever and other problems.

The Associated Press contributed to this report. Get updates on this story from foxnews.com.