Cara Kirschner-Estrada delivered her baby early as she battled COVID-19. Now she is fighting for her life.

DETROIT (FOX 2) - Beaumont says it's seeing a significant increase in pregnant women with COVID-19. One of those moms is fighting for her life after delivering her baby several weeks early due to the virus.

Cara Kirschner-Estrada is 37-years-old. She'd still be carrying her newborn in the womb if not for the virus. Instead, she's in critical condition and hooked up to machines that are breathing for her after she tested positive on April 1.

"She’s covered in tubes, hoses, and everything, IV bags. They tell you she can hear you and sometimes she’ll try and pick her head up or lift her arm up," said her brother, Matthew Kirschner.

Beaumont told FOX 2 last week it's seeing a surge in pregnant women who are positive with COVID-19 as the state's cases are surging.

Kirschner, a Sterling Heights firefighter, said she tested positive less than three weeks ago but her symptoms got worse before she was eventually rushed to Royal Oak Beaumont with her oxygen levels dropping. 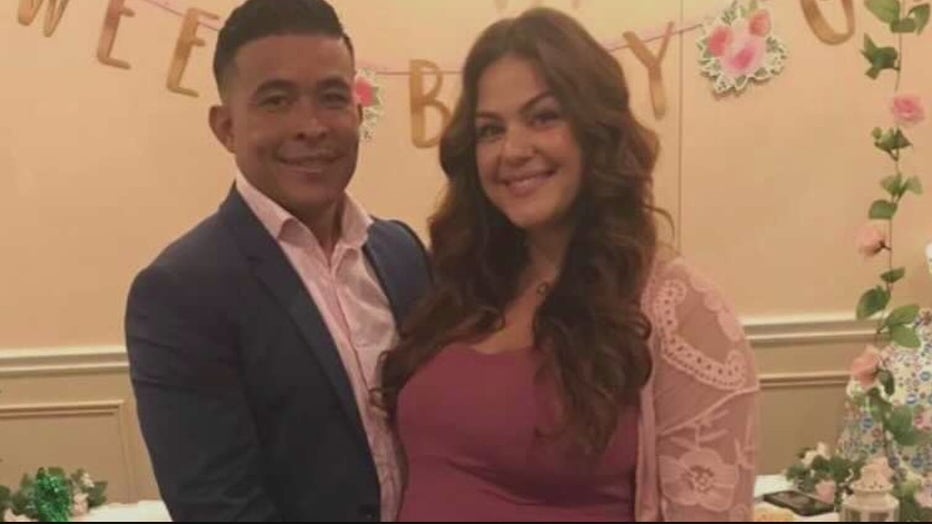 "They did an ultrasound and said the baby hasn’t moved in 40 minutes and we're going to have to do an emergency C-section," Kirschner said.

"He did phenomenal. He’s good to go took the vent out (that) same Day. He’s on a feeding tube (with) regular oxygen. I think he’s 3.6 pounds now," Kirschner said.

Cara is hooked up to an ECMO machine that oxygenates her blood outside of her body to help give her lungs a break. She's stable, for now, but she's not in the clear yet. Kirschner said she hasn't been able to meet her baby yet.

"They took him after the C-section right to NICU," Kirschner said.

Cara's husband, Miguel, is at home and caring for their 2-and-a-half-year-old.

"She wakes up in the morning and says, 'Mommy mommy.' The worst part is she just looks out the window in a daze wondering where she's at or why she's not there," Kirschner said.

Cara and Miguel are both self-employed and, obviously, working is not an option for either of them. Friends and family have set up a GoFundMe page to help. 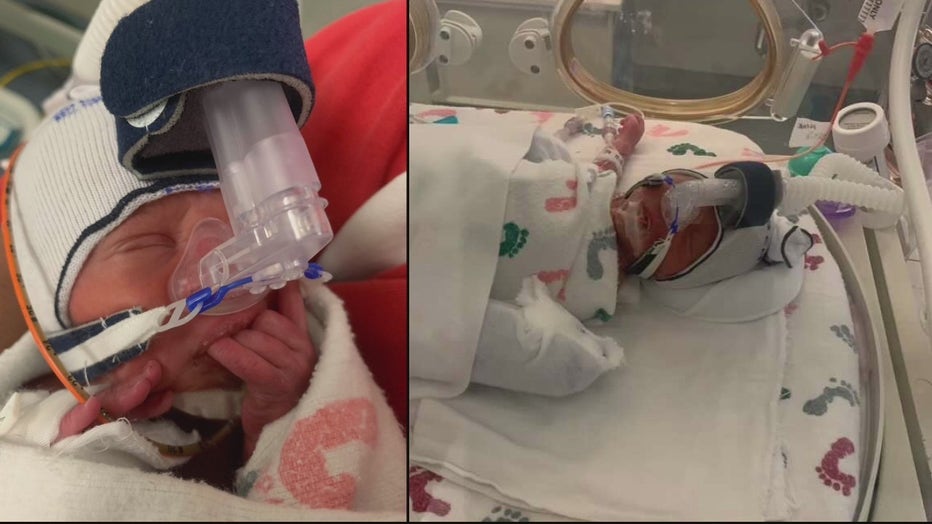 "Could be weeks, could be months they’re just trying to let the infection run its course but she’s still sedated. She’s not alert of anything," Kirschner said.

Cara had said she was worried about getting the COVID-19 vaccine while pregnant and opted out.

For her family, the worst part has been not being able to be with her in person.

"We are telling her on the FaceTime calls that we have Angelo, he's doing great, he can’t wait to see you, and you can see her acknowledge that she hears you," Kirschner said.