FOX 2 - Wayne County gun owners waiting to apply for concealed carry permits because of an enormous backup, look like they may have to keep their patience.

Wayne County gun owners waiting to apply for concealed carry permits because of an enormous backup, look like they may have to keep their patience.

"I was a little surprised that I was getting calls again this past week and the week before, calls and emails from my constituents saying they still couldn’t get an appointment," said Melissa Daub. "That the wait time was 10 months long. I went online this morning and I tried to book an appointment and the earliest I can get an appointment is January 17, 2022."

Daub, a Wayne County commissioner, said she wants to help the clerk's office speed up its handling of concealed pistol licenses. She’s putting it at the top of the agenda for the government operations committee meeting Wednesday.

"Clerk Garrett has expressed concerns about her department being short-staffed. That has been a long-term issue, and lack of office space," Daub said.

The clerk's office has been handling CPL applications by-appointment-only since the pandemic began back in March 2020.

That was when Shiloh Tyus scheduled her meeting. She’ll wrap up the process this week after initially receiving an appointment date for July 29th of this year.

"It’s been a really frustrating journey to have to wait, to go down there to just apply," said Tyus.

Back in September, the county commission approved $74,000 in CARES Act funds to be sent to the clerk’s office to buy fingerprinting equipment and hire staff to start a call center.

"Because the commission had approved that extra funding for the clerk’s office to get that extra equipment, I was surprised that the wait time was still long and actually increased," Daub said. 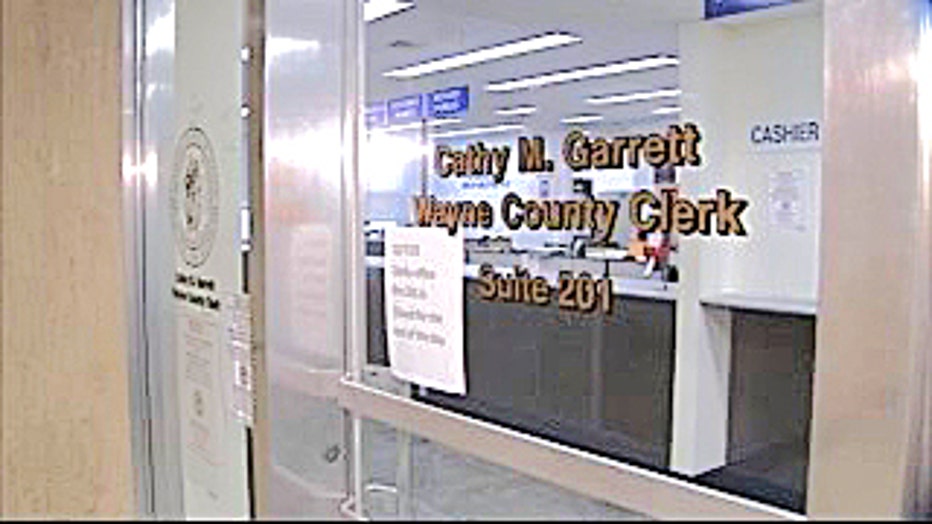 FOX 2 interviewed Kristal Hunt back in October. She was able to book another appointment for late January a few days after our story aired.

"It wasn’t as quick as I thought as I saw on Oakland County’s website which was like a two to three-week wait," Hunt said. "But I was happy. I would rather wait three months than nine."

"I don’t want this to seem like the clerk’s office is not doing their job," Daub said. "They are working very hard with the limited resources they have and it’s been very stressful with the pandemic.

"I think all the commissioners just want to come together and work together so residents of |Wayne County can get the services they deserve in a timely matter."

The Wayne County Commission's Government Operations Committee is addressing the CPL wait time issue Wednesday at noon. You can email your public comment to plane@waynecounty.com.