DETROIT (FOX 2) - "I’m a single woman, I’m a  homeowner, I’m an entrepreneur," said Kristal Hunt. "(I am a) businesswoman who frequents a location constantly late at night, so with those factors - all those together, it’s like ok, now it’s time to protect myself."

And that’s why Hunt took a Concealed Pistol License class, though it will be months before she ever carries one.  The Wayne County Clerk’s office has been slow on the draw in the permits allowing residents to carry a concealed handgun.

Right now appointments to wrap up the CPL process are about nine months out, if you live in Wayne County. The wait time for an appointment in Oakland and Macomb counties are at best a week and some change. At worst, two to three weeks.

Applicants can only complete the process by appointment, because of the pandemic. But getting one is an exercise in patience.

FOX 2: "So this is your appointment here?"

Right now appointments to wrap up the CPL process are about nine months out if you live in Wayne County. The wait time for an appointment in Oakland and Macomb counties are at best a week and some change.  At worst, two to three weeks.

"It seems like that’s the common thing in Wayne County; it’s barriers when you’re trying to go about things in the right way. It’s people doing this the legit way, why are we having so many barriers?" Hunt said.

Lisa Williams, a spokeswoman for the Wayne County Clerk’s Office says furloughs and displacements as well as an increase in demand for Concealed Pistol Licenses, are driving the long wait times.

She provided a statement which reads in part:

“Wayne County is the largest county in the state of Michigan. The volume that we service far surpasses that of any other county throughout the state.

Our office has taken the action step to request additional fingerprinting machines which will expedite the processing time.”

Attorney Terry L. Johnson says the long wait time for CPL appointments in Wayne County may be to blame for another issue.

"When you look at your larger counties like Oakland and Macomb, they are two to three weeks out," he said. "Even if Wayne County as I said before was two months out, you might be able to say, okay I can make a connection. They are nine months out. There is no excuse for this.

"The problem that we’re seeing is that people are getting their certificates after completing the training. Some of them are saying it is so bad out here, I am going to carry anyway and they can't wait until June or July. And people are carrying firearms, albeit illegally and they are looking at five-year felonies for this." 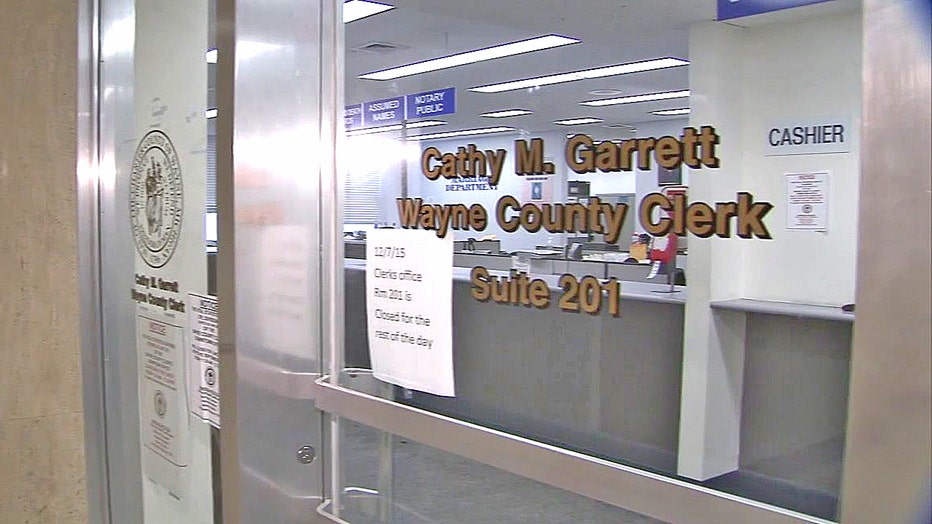 “The Office of the Wayne County Clerk's CPL division said it is working diligently to assist customers as timely as possible.  We are working internally to explore all options of how to most efficiently serve the customer based on the demand and resources currently available.”

Johnson says there are groups of organizations coming together and they may bring litigation against Wayne County for this issue.

In the meantime Johnson is urging those who have completed their CPL training and are for their appointment to complete the process and obtain the actual license - don’t carry concealed, be sure to transport your firearm legally.