DETROIT (FOX 2) - A sinkhole formed on Detroit's east side but the street repair made things worse for drivers. It is becoming known as the crater on Conner.

Frustrating drivers and damaging cars has been happening on Conner the past few days. With spring on the way we can probably expect more of both.

A sinkhole formed on Detroit's east side but the street repair made things worse for drivers. It is becoming known as the crater on Conner.

"What's going to happen is they don't do anything until there's a serious accident and, 'Oh wow, there's a hubcap there's one right there. Hubcaps are popping off and everything it's a serious situation," said Surrell Henson, who lives on Conner.

Conner Road on Detroit's east side turned hubcap lane courtesy of the sinkhole just south of Six Mile. Drivers are doing their best to avoid the car wrecking crater.

"As you are rolling down, they fall right off your car," he said.

Others take the hit, hoping they won't take on too much damage.

"They should get that fixed now because people, that can mess their car up," said Gladys Cross, who lives on Conner.

"So this was the driver side of my front tire," said Austin Zerbst. "As you can see right here it basically took a big chunk out of my tire."

"It was a very loud bang, I could hear the tire just automatically rolling off the rim," he said.

His car, which he bought last month, is now a casualty of the Conner Road crater. His pockets are the collateral damage. 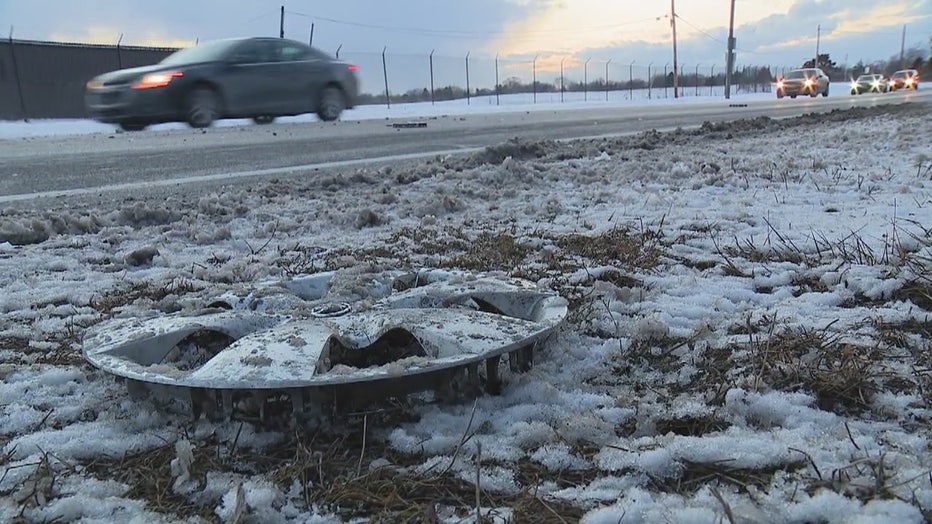 "Three tires went, a strut is bent and I'm mow out $1400 out of pocket with no help from insurance," he said.

FOX 2 contacted the city of Detroit about Conner Road and they sent out a crew to do a temporary patch job.

A spokesperson says the crater may be the result of a bad repair made by a utility company that did some work in the roadway. Now, with pothole season fast approaching, MDOT is putting drivers on notice.

"When we have the winters that do not stay cold all the time - and that's definitely what we've had - we're getting the really warm temps and then only cold at night," said Diane Cross, MDOT spokeswoman. "So I expect we're going to have a very bad spring headed into March and April with a lot of potholes."

The city says that it will find out what utility company or agency did the road work in question and hold it responsible if appropriate. In the meantime, they hope the temporary patch job will limit the damage for drivers.

If your car was damaged by that pothole you can file a claim with the city CLICK HERE. 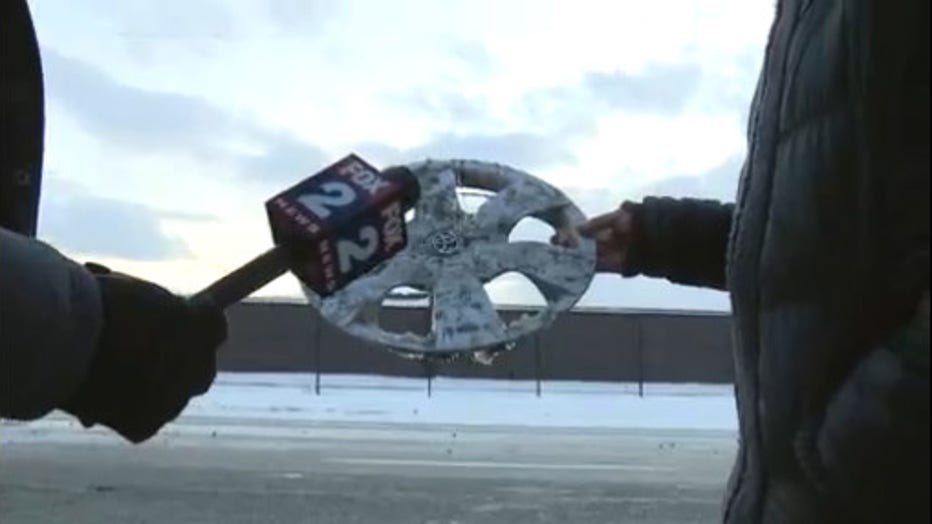