STERLING HEIGHTS, Mich. (FOX 2) - The clean-up effort continues by crews at the site in Sterling Heights where a chemical leak has been seeping through the I-696 freeway wall.

On Thursday crews from the Environmental Protection Agency and the State's Department of Environmental, Great Lakes and Energy were on the service drive taking soil and water samples.

On Thursday crews from the Environmental Protection Agency and the State's Department of Environmental, Great Lakes and Energy were on the service drive taking soil and water samples

"We're taking samples from about 25 sites today to establish a perimeter for where the contaminants moved," said Jill Greenberg, Environment, Great Lakes and Energy.

That's why the building there, Electro Plating Services, was shut down by authorities in 2016.  But problems like the green slime remained.

"Because of the conditions inside the facility, he was hoarding hazardous waste, hazardous chemicals. He has a pit in the basement where all this water was running into," said Tracy Kecskemeti, District Coordinator Environment, Great Lakes, and Energy.

But that's not all. In November 2019, Electro-Plating Services had to pay a --$1.5 million fine and owner Gary Sayers was ordered to spend a year in federal prison.

"Just a few days ago Gov. Gretchen Whitmer said that she was interested in pursuing that," said Greenberg. 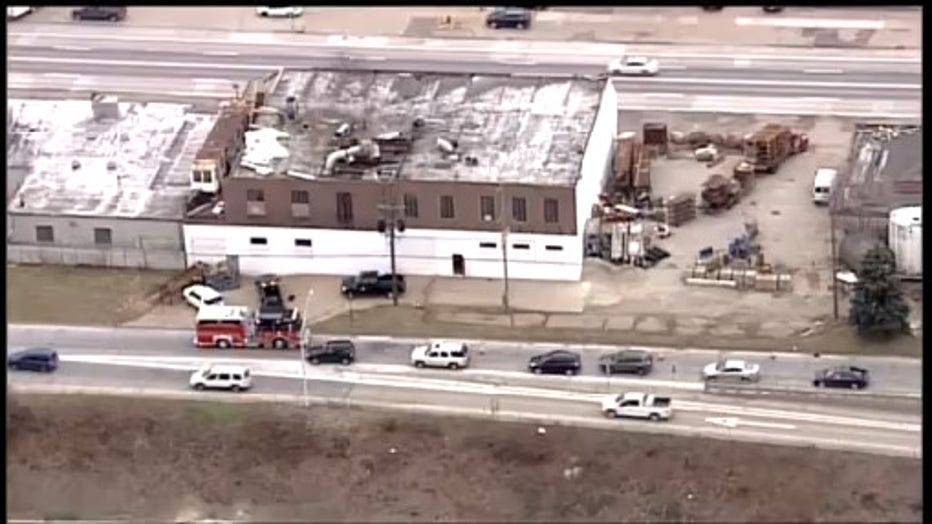 Officials say the greenish-yellow slime is being sucked into a frac tank. A long hose reaches from the tank to building's basement where it is sucking the ooze out. There's also another frac tank on I-696.

FOX 2: "Some of the stuff in this plant is seeping into the ground water?"

"Yes that's coming out of the side of the embankment," said Kecskemeti. building. "We know that this enters into our creeks and any contamination that enters these storm sewers enters our creeks and rivers."

FOX 2: "What do you say to residents around here that are worried about their drinking water?

"I would say that there's no imminent risk to their drinking water," Greenberg said. "This area is serviced by municipal water from the Great Lakes Water Authority. If there were wells in the area, it would be a much more significant concern." 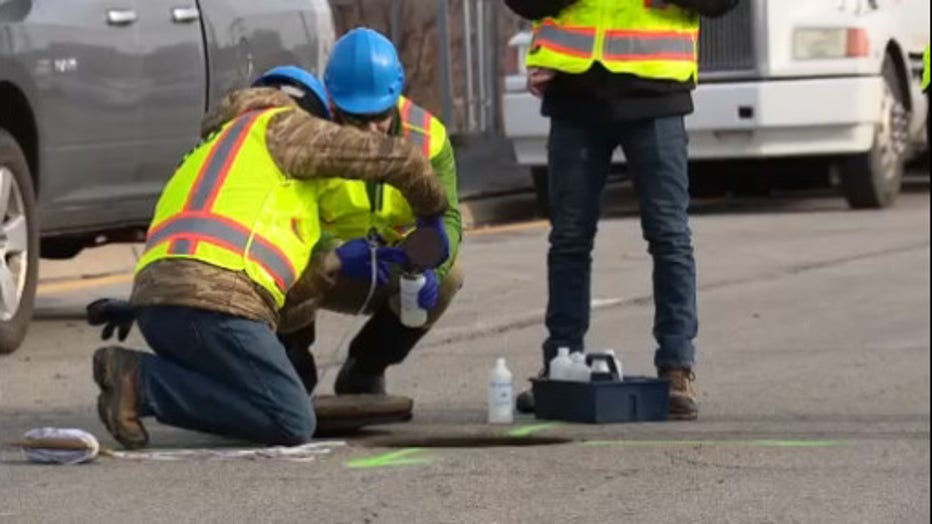