DETROIT (FOX 2) - A couple of crooks were caught on video stealing snow removal equipment from a Corktown property on Saturday and their president says the timing couldn't be worse.

Jerome Rayford has worked to turn the Fountain Court Consumer Housing in Corktown into a community full of pride. But this weekend, that was taken away from him.

Rayford reviewed four hours of surveillance video that caught thieves driving way more than $30,000 in snow removal equipment Wednesday morning. According to Rayford, they broke into the maintenance garage and made multiple trips to steal a gator and a snow plow from the housing cooperative.

"This is affordable housing where a community were cooperative to have someone take it away in minutes it hurts. It hurts. It definitely hurts," Rayford said.

He said the robbery's timing is terrible on multiple fronts. First, the holidays. Second, winter is here and work isn't slowing down. He said that's putting an unexpected burden on his employees that will be in place until the insurance kicks in.

Detroit Police are investigating and Rayford is asking for the people responsible to do the right thing.

"Turn yourselves and bring our equipment back work and earn to pay for the things you want. Don’t take things from our community. I would say to them - you will be caught," Rayford said. 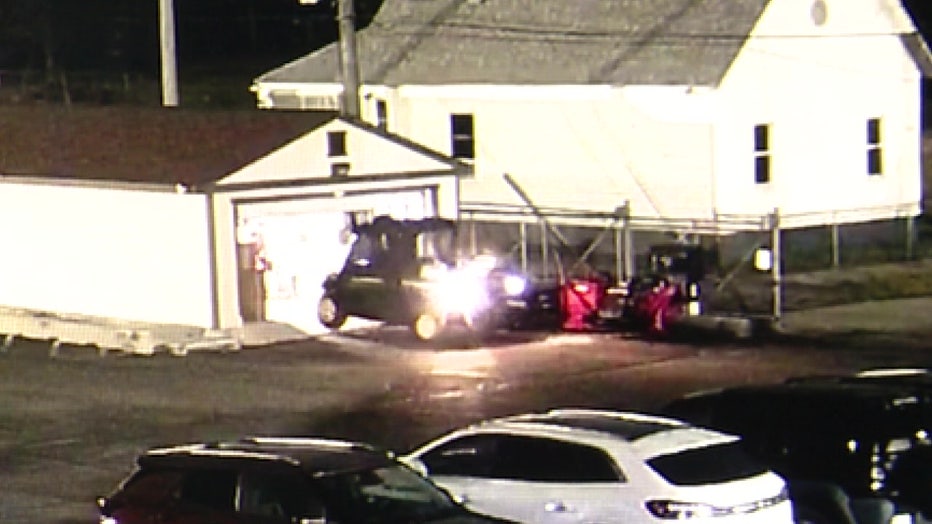