A little recognition can go a long way.

"We are giving back; we are recognizing all the female veterans.  we are giving away goodie bags.. contact free event," Shannon Deanko said.

As a Marine who saw combat in Desert Storm Shannon says it’s hard to be a Veteran. Harder still to be a woman and a minority vet.

"Men have war stories, women veterans have battle crys because we have different experiences, different types of harassment everyone has a story."

Those stories, she says are often unheard.

"Women veterans you can't silence us.  we are not invisible," she said.

She is not the only one who feels this way.

“I’m not saying its intentional it's just part of the age old, we are men you are women," Patricia Posey said.

Posey served in the army for 27 years and is now an advocate for women veterans.

“Most of us don’t feel a part of the system,” Posey said.

But on Saturday on Piquette Square in Detroit it was women veterans who were celebrated, they were encouraged to drive up and receive a free grab bag, inside were snacks, a certificate and a customized dog tag which read “Millions of veterans have served this country, I am one.” 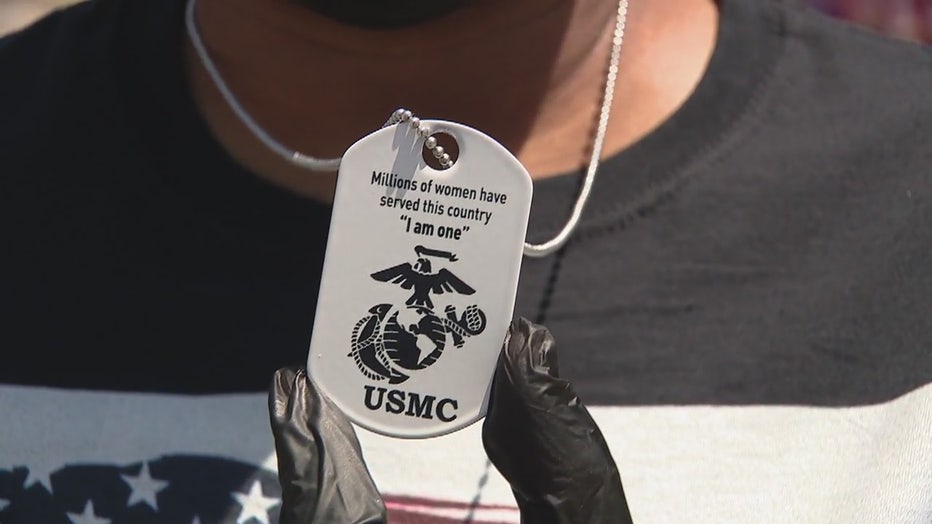 Those who attended were encouraged to keep fighting for equal treatment when it comes to being recognized for what they have sacrificed for our country.

We were told there was such a demand at this event that they actually ran out of their 100 goodie bags. But they promised more events like this in the future.